80% of the budget income is loans, MP says

80% of the budget income is loans, MP says 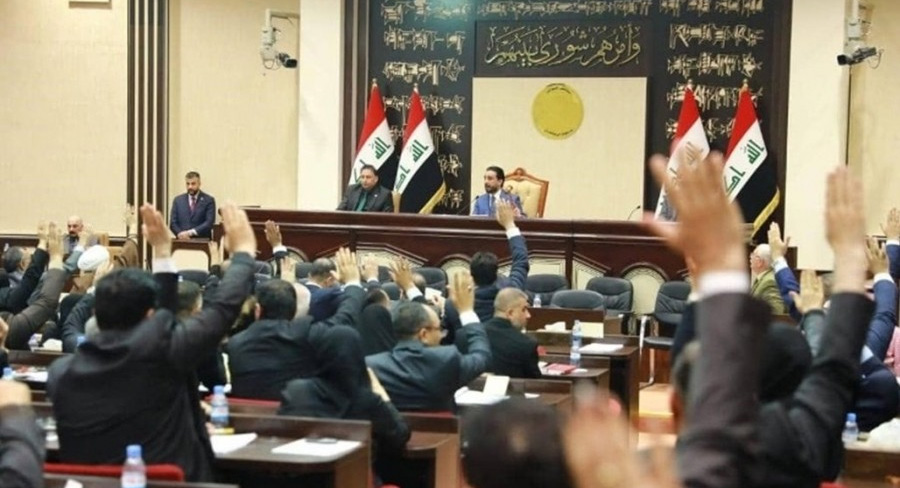 Shafaq News/ MP Nada Shaker Jawdat, member of the Parliamentary Economic and Investment Committee, revealed today, Sunday, that 80% of the 2021 budget consists of loans, reiterating the need for an austerity reform budget.

Jawdat said in a statement to Shafaq News Agency, “the Iraqi money was wasted due to corruption. This prompted us to lay a budget that consists of 80% loans,” indicating, “resorting to borrowing is the easiest thing for them to do and it does not expose their incompetence to the citizens.”

She added, “the loans will strap the country to debts that should be paid later with big interests,” affirming “the need for an economic austerity reform budget, the main focus will be on establishing productive factories which will provide jobs and local commodities and materials instead of importing them, and it might also produce an excess to be exported.”

She continued, “all countries resort to borrowing to establish productive projects except for Iraq, who borrows for consumption.”

“All the previous budgets, even the current one, are explosive; however, they have no achievements to be spoken of.”

On Wednesday, the Iraqi Parliament voted on the federal budget bill for the fiscal year of 2021, with a deficit exceeding 28 trillion dinars.

The general budget revenues amounted to 101 trillion Iraqi dinars, while expenditures were estimated at 129 trillion dinars.

Similar topics
» Iraq has a large budget and is not in need of international loans
» Tamimi: Budget of 2019 will sink Iraq in loans
» Iraq is planning to three loans, one of them an international bridge the budget deficit
» Learn about the 2019 budget
» Iraq's budget: $ 4.6 billion for external loans and public debt of $ 130 trillion