Parliament’s Finance announces fixing the dollar’s ​​price in the budget: blocs claim that they will continue until dawn

Parliament’s Finance announces fixing the dollar’s ​​price in the budget: blocs claim that they will continue until dawn 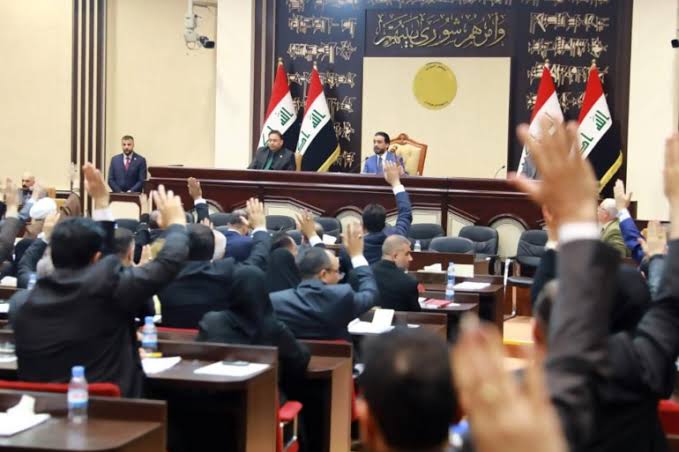 Shafaq News / The Parliamentary Finance Committee confirmed its intention to pass the budget law in today's session, despite political blocs arguing in an attempt to obstruct the session.

The reporter of the Parliamentary Finance Committee, Ahmed Al-Saffar, told Shafaq News, "The political blocs are using the pretext not to enter the session hall to vote on the budget law."

Al-Saffar added, "The ministers of planning, finance and oil are still clarifying some paragraphs of the budget for the heads of political blocs, including foreign loans, investment projects, provincial shares, degrees of deletion and innovation."

He pointed out that "the Finance Committee has completed all the articles of the budget law, leaving nothing but a political agreement to vote on the budget in today's session."

Al-Saffar indicated that "the Finance Committee is determined to vote on the general budget law until and continued for the dawn hours," pointing out that "the dollar exchange rate is fixed by the budget law."

The Presidency of the House of Representatives had set the ninth evening on Sunday as the date for the voting session on the draft budget bill.

Similar topics
» Urgent 2021 Draft Budget ... Surprises in the price of the dollar, fuel, and employee allocations ("the government suggested fixing it at 1450 dinars to one dollar")
» Deputy: Negotiations with the Kurds on the budget will continue until tomorrow dawn
» Representative energy: fixing the price of 42 dollars for oil in the 2021 budget is acceptable
» Al-Fath: fixing the price of the dollar at 1450 dinars, which will be raised in the market to 1600
» Parliamentary Finance: The raising of the dollar’s ​​price was directed by the International Monetary Fund and the World Bank and with the knowledge of political blocs, not the government