Anticipation and fears of a massive revolution after the dollar's shock

Anticipation and fears of a massive revolution after the dollar's shock 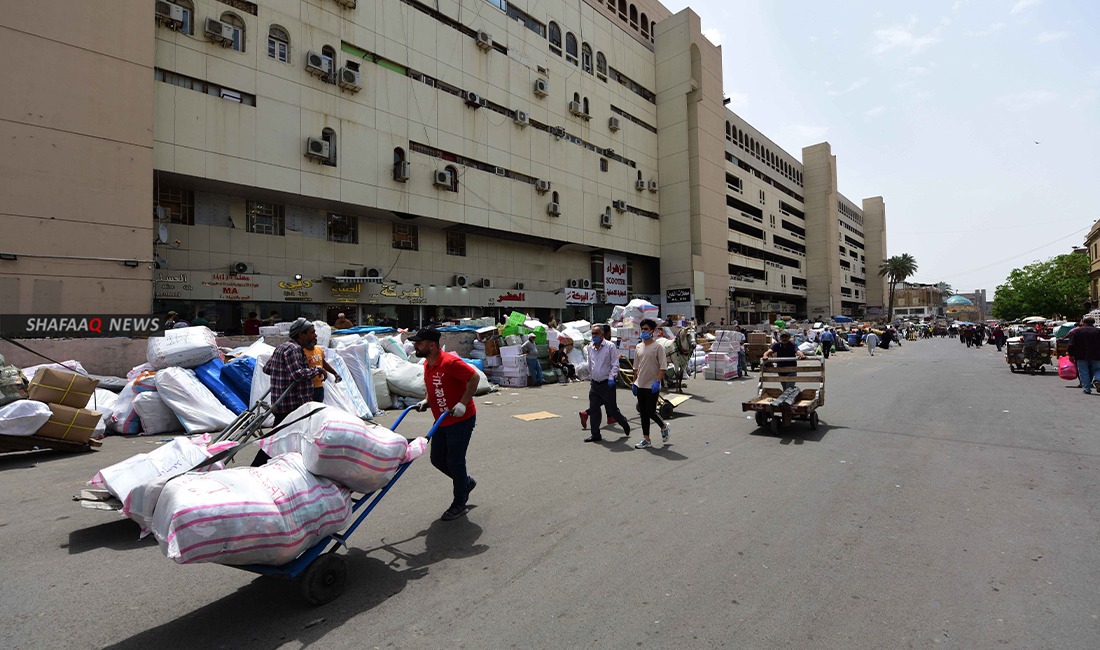 Shafaq News/ Depressed markets, a confused economic situation, and worried people are some of the dollar's shock's effects that hit Iraq and resulted in the collapse of confidence and prices. The dinar's devaluation at a significant rate - the highest since 2003 - immediately led to a rise in commodity prices and negatively affected the living standards.

"The appreciation of the exchange rate in this way was a surprise to all observers following the Iraqi economy; even to those working in the Iraqi banking. The shock method is a failed method of managing monetary policy in any country in the world. The rise was supposed to be gradual to avoid problems between the seller, the buyer, and the markets", economist Hilal Al-Tahhan told Shafaq News agency.

"This rise has been reflected very negatively on the prices; in addition to some traders' greed and their monopoly on materials. This sudden rise has affected the economic activity's movement, the market's movement, led to a recession, and leads to the termination of the middle class and employees.. while the poor class may naturally increase with the rise of food, goods, and services' prices", Al-Tahhan added.

"The country's poor economic situation will lead to a massive popular revolution across the country and have unwelcome consequences.. So how were such decisions taken?", Al-Tahhan wondered.

"The shock was great in the local market - and on individuals and traders as well - because it raised the prices of materials significantly. It will lead to a rise in the inflation index, and the government will not be able to control it", said Abdul Rahman Al-Mashhadani, a professor of political economics at The Iraqi University.

"The market's price rate has risen by about 24%, and these prices will remain confused for a while.. The dollar will need a long time to stabilize at a certain price; maybe after the 2021 budget is approved", Al-Mashhadani told Shafaq News agency.


Deputy: The government floated the currency

MP Nada Shaker Jawdat said that the government had raised the dollar's exchange rate, resulting in waisting the local currency's prestige, "Baghdad's wholesale markets have increased prices by one quarter to a third.. so The Iraqi citizen has been sacrificed by reducing his allowances and taxing his salaries, in addition to raising the dollar's price".

"The government used floating the currency's method after it devalued the Iraqi currency. No country with these oil resources and bounties is depreciating the dinar in this way - especially if we know that all goods are imported from abroad. The government has turned to the weakest link in society because it cannot eliminate the corrupt, manage its affairs, and follow its policies in the right way", Jawdat added.

"All the goods we deal with are imported, in the dollar, from Turkey and Iran", Mohammed Al-Hassani, a trader who sells single-use dishes in the Jamila Market, told Shafaq News agency.

"The appreciation of the dollar in this way has pushed the prices of commodities to increase by nearly 20%. This price difference will be paid by the citizen, not the trader. Since the Central Bank's announcement to increase the dollar's exchange rate, and the Jamila Market is experiencing a near-total recession..The sale is limited to only asking about the prices – mostly by mobile phone", Al-Hassani added.

For his part, Abu Sajjad, owner of the Al-Jayyashi food store, confirmed, "The Jamila Market was almost empty of customers today. The prices are very high than they were a week ago. Most of the food is imported and therefore has been affected by the dollar's rise".

"The rise included not only the imported food but also the local one.. local eggs have risen by more than 10,000 dinars, to reach 70,000 dinars for the parcel", Abu Sajjad added.


Citizens worried about the future

Many citizens expressed their fear for the future; especially as the worsening living situation portends an increase in unemployment and poverty in the country.

"The state has tended to punish the financially exhausted citizen instead of raising his living standard.. This rise in the exchange rate will increase unemployment and poverty rates in Iraq", Mohammed Ali Amin, told Shafaq News agency.

"All the decisions made by the government - the latest of which is raising the dollar's exchange rate – affected the citizen negatively and increased his suffering even further", Amin added.

For his part, Mohammed Hamza, told Shafaq News agency, "Citizens are losing faith in the Iraqi dinar as a result of this sudden and ill-considered rise in the dollar".

"The citizen will give up many of the goods and services he used to receive, as his income will be limited to basic needs. A popular movement may break out against the government due to the deteriorating living conditions", Mohammed Hamza added.

The Iraqi Central Bank has decided to raise the dollar's selling price to banks and exchange companies from 1,182 to 1,460 dinars per dollar; to offset the decline in oil revenues after the slump in oil prices.

90% of the Iraqi income relies on oil revenues.. the last time the state devalued the dinar was in December 2015, when it raised the dollar's selling price to 1,182 dinars from 1,166 dinars.