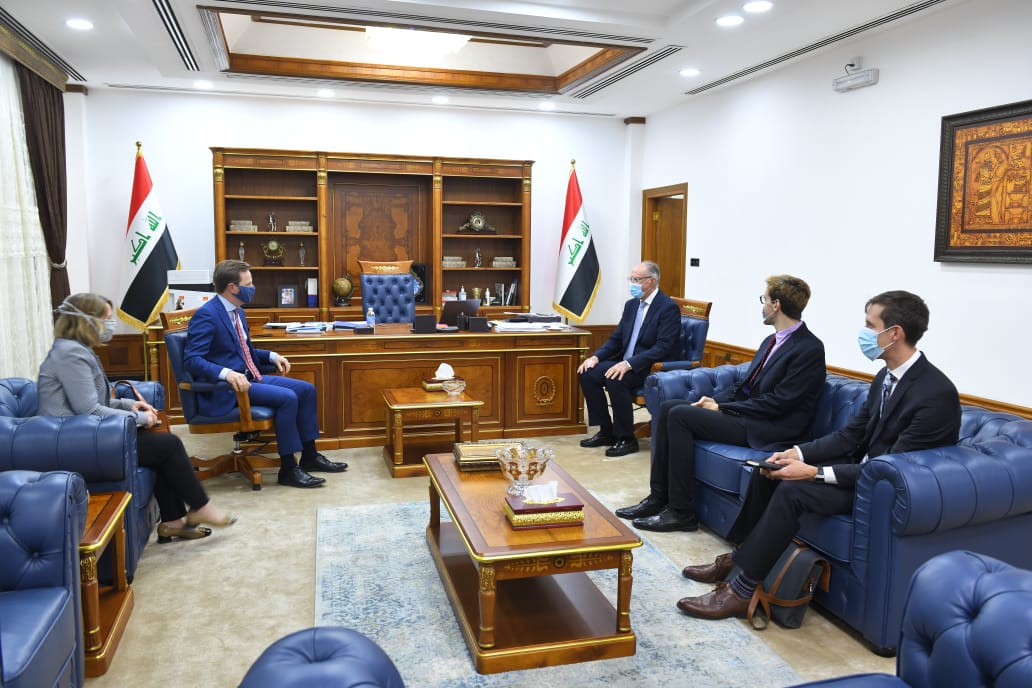 During the meeting, they discussed ways to enhance cooperation and joint coordination between the two countries with regard to the financial and economic aspect.

His Excellency praised the level of the relationship with the United Kingdom and its support for the aspirations of the Iraqi people.

For his part, the British ambassador expressed his government's desire and aspiration to expand the horizons of cooperation with Iraq.

Emphasizing at the same time to support the plans and procedures of the Iraqi government towards achieving financial reforms that are working on the Ministry of Finance.