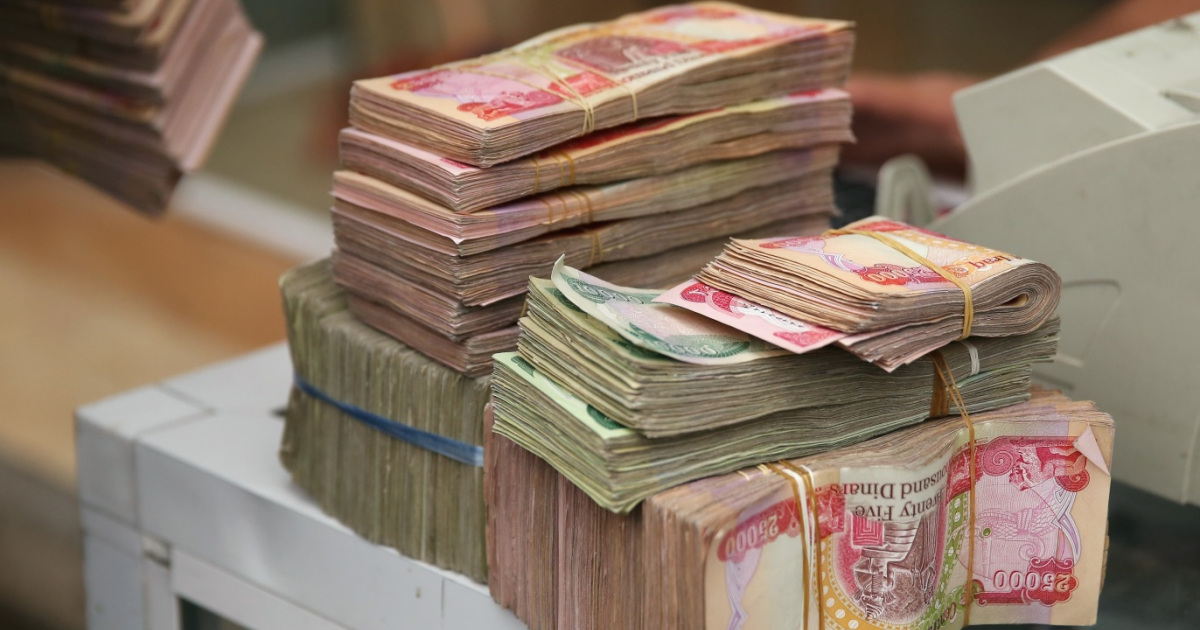 Shafaq News / On Tuesday, the Parliamentary Finance Committee revealed the intention of the federal government to print the local currency to address the economic crisis, indicating that the Iraqi parliament rejects such trends that cause the economy to collapse in the country.
A member of the committee, Abdul Hadi Al-Saadawi, told Shafaq News, "There is an intention on the part of the government to go to print currency if the situation remains as it is now and to rely on printing instead of borrowing to secure salaries and address the financial crisis."
He added that "printing the currency will cause the end of the Iraqi economy by seizing and freezing funds in the central bank, and government banks because of the lack of sufficient balance equivalent to the currency and the balances in banks."
Al-Saadawi pointed out, "The House of Representatives rejects such   trends because it will cause the collapse of the economy and destroy it, and Iraq will bear financial consequences that cannot be tolerated and more dangerous than borrowing."
The economic expert, Salam Sumaisem, had previously believed that resorting to this option (printing the currency) if it was done by the concerned authorities, it would represent a great disaster for the state in general and for citizens, and it would cause huge inflation in the markets.
The Central Bank of Iraq had confirmed last March that "printing Iraqi banknotes is a routine technical procedure practiced by the central bank according to the requirements of cash circulation, and that printing banknotes is a completely separate process from the process of issuing cash."
The bank noted that its law and its monetary policy "do not allow issuing cash for an account without balance," referring to printing currency.
On Thursday, the Iraqi parliament voted on the borrowing law that the government has been waiting for to secure employees' delayed salaries for several weeks, as the country is going through one of the most difficult financial crises, due to declining oil prices.
This is the second time that the government asked Parliament to grant it the authorization to borrow in order to secure operating expenses, on top of which are the salaries of employees .
On June 24, parliament approved a bill that allowed the government to borrow 15 trillion dinars internally and $ 5 billion abroad to cover the fiscal deficit .
According to the official authorities, these funds have run out during the past months.
And Iraq is one of the countries with a rentier economy, as it relies on revenues from selling oil to finance up to 95 percent of state expenditures .
The country is experiencing a suffocating financial crisis due to the decline in oil prices due to the Corona pandemic crisis, which has paralyzed large sectors of the world’s economies .
Before the Corona pandemic crisis, the revenues generated from selling crude amounted to about $ 6 billion per month, but it has almost halved this year .

Similar topics
» The United Nations has commented on recent executions and accuses Iraqi justice of not cooperating
» Reveals the intentions of raising the value of Iraqi dinars for each equal to one dollar - from 2012
» What is the secret of the sudden decline of the Iraqi dinar? Is it governmental intention?
» Governmental consultant: the benefits of loans threaten the Iraqi economy
» Abdul Mahdi is visiting China and these are the most prominent files

Yesterday at 6:06 pm by Mission1st