Parliamentary Finance: Approval of the borrowing law will be conditional on economic reforms

Parliamentary Finance: Approval of the borrowing law will be conditional on economic reforms 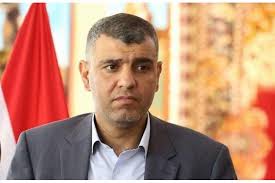 Baghdad / News " said a member of the parliamentary finance committee, Mohammed Darraji, Monday, parliament approval to borrow this time will be conditional on the government.

He said Darraji in a televised statement followed the " news "that" the Minister of Finance promised to reform the paper end of last month and has provided Until now, "he added," there is a government supervisory defect regarding submitting the reform paper to Parliament. "And

he added," If the borrowing is approved, it will be subject to conditions on the government, "noting that" failure to abide by OPEC decisions regarding oil cuts requires a government decision. "

Al-Darraji pointed out that "no one accepts lending to Iraq because of the bad government performance, and that the situation in Iraq has entered the stage of danger due to the financial crisis and the political process may collapse," stressing that "the border outlets corrupted an institution that has passed through the history of Iraq."