Minister of Finance: $ 250 billion has been stolen from Iraq since 2003

Minister of Finance: $ 250 billion has been stolen from Iraq since 2003 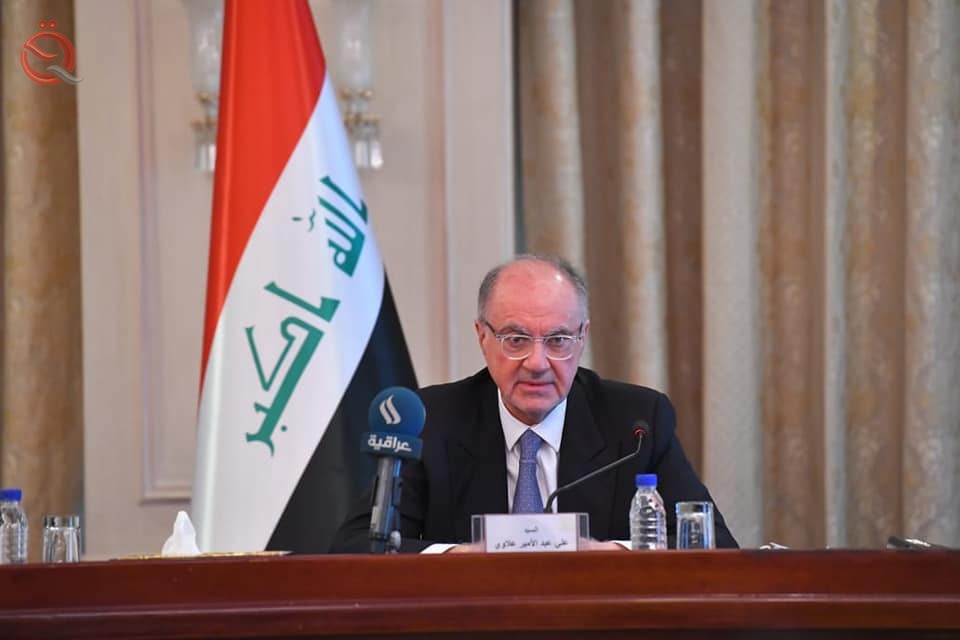 Finance Minister Ali Allawi said that the economic reform paper that will be presented soon includes the activation of the partnership law between the public and private sectors, explaining that $ 250 billion has been stolen from Iraq since 2003.

Allawi added, in a seminar organized at the headquarters of the guest house in the Green Zone, and I saw the Economy News on a video of the session published on the page of the Economic Reform Institute, that my vision includes making the private sector the main and pivotal engine in the economy, adding that the compass of the Iraqi economy must change towards free work. And not to rely on government sector work.

He stressed that the private sector should benefit from the Iraqi market as well as the Arab and international markets, explaining that the state’s resources management must be in partnership with the private sector and gradually because the public sector currently provides very weak services.

He noted that the agricultural sector in Iraq is subsidized by the state at an amount of 6 trillion dinars, pointing out that the tax sector in Iraq is very weak, and the citizen has the right to not pay taxes in exchange for weak services provided by the public sector.

He noted that Iraq's revenues from the border outlets are less than 1% due to the large exceptions and exemptions granted.

He explained that the main decisions that affect the economy are mostly politicized, and started to increase and not decrease, and this issue has been inherited since 2003, and most of these decisions are related to the economic relations of the parties with the parties that can help them.

And he indicated that 250 billion dollars were stolen from Iraq since 2003 until now, and this amount is built by several countries, explaining that spending this money was not an economic goal but rather a financial benefit for some parties, which led to a decline in the state's capabilities, pointing out that this matter would not be changed overnight. .

He emphasized that Iraq imports from Iran electricity and gas annually at an amount of 4 trillion dinars, but the Ministry of Electricity is unable to pay these funds from the collection, explaining that 30% of Iraq's imports pass through the northern ports and tax revenues are not subject to the control of the center.

Similar topics
» Parliamentary Finance
» Iraq's debt after 2003 until now (81) billion dollars!
» Abdul-Mahdi: the budgets of Iraq since 2003 amounted to $ 850 billion
» China’s foreign minister on 1st visit to Iraq since 2003
» Minister of Finance: The money stolen from Iraq is sufficient to build several countries