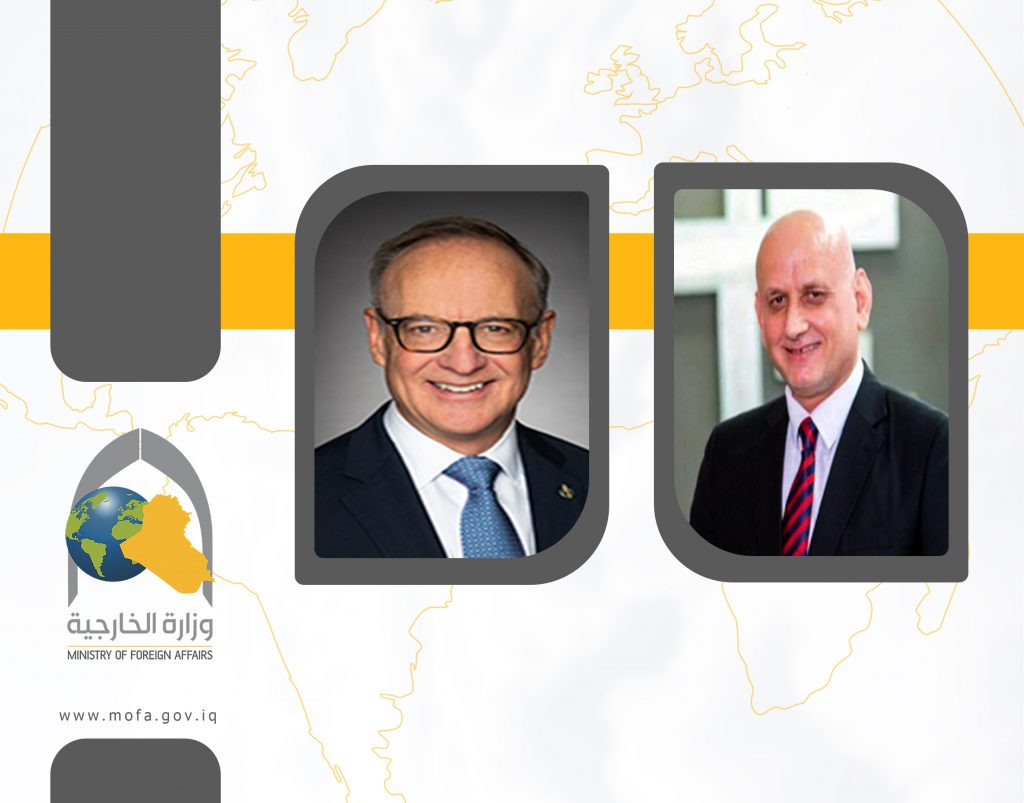 The ambassador of the Republic of Iraq, Dr. Wadih Batti is a virtual meeting with the Parliamentary Secretary to the Canadian Minister of Foreign Affairs, Rob Olivant.

The Ambassador expressed his thanks and appreciation to the Canadian government for its great support to Iraq within its strategy for the Middle East region, especially the recent support for funding humanitarian organizations working in Iraq; To achieve its projects and operations related to the promotion of good governance, capacity building and the provision of basic services.

Ambassador Wadih Bate called on the Canadian side to provide support to Iraq in the medical field. Because of the major challenges it faces in light of the increase in cases of coronavirus infection, the two sides also discussed issues related to developing bilateral relations between the two countries, including: Concluding memoranda of understanding for political consultations between the two countries; This would allow the foreign ministers of both countries to meet, discuss, and consult on international and regional issues of common concern.

Pointing out that Iraq is a fertile investment environment in reference to inviting Canadian businessmen and companies to work in Iraq.

For his part, Mr. Rob Olivant expressed his thanks to the Iraqi government for its effective contribution in providing facilities to the Canadian government for the purpose of evacuating its citizens stuck in Iraq at this critical stage, as well as his government's gratitude for the clear and frank position of Iraq that was demonstrated in Canada's support in international forums, affirming A commitment and continued government of Iraq to support Iraq and its armed forces in facing security challenges, and to preserve its unity and stability.

Stressing that Canada is committed to respecting the sovereignty of Iraq, providing assistance in achieving stability, and preventing the re-emergence of ISIS.

The two sides agreed to follow up on the issues raised, and work together to make all efforts to further develop relations between the two countries.