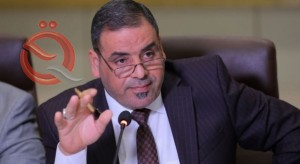 The Parliamentary Committee on Agriculture and Water revealed, on Wednesday, a government approach to secure the food basket for the citizen.
The head of the committee, Deputy Salam Al-Shammari, according to the official agency, said, "There are internal and external agendas that want to affect the food security of the citizen, especially after Iraq declared its self-sufficiency in strategic crops and some vegetables and fruits."
He added, "There are farms that were burned by an active act," noting that "despite this, the government is continuing to achieve self-sufficiency from strategic crops and other crops that fall within the food basket of the Iraqi citizen."
He pointed out that "the marketing season for the current year will witness a large abundance of crops, as the Ministry of Trade will receive about 5 million tons of wheat," noting that his committee asked the Minister of Finance to secure the dues of farmers, whether they are wheat farmers, barley or yellow corn.
He explained, "Law No. (10) of 2011 obliges the government to provide protection for agricultural products, both animal and plant," noting that "the law has not yet been implemented on the ground."
He pointed out that "there was a decision issued in the year 2019 to prevent the import of table egg products, chicken, chilled and frozen fish and live, but it was noted that informal outlets in the Kurdistan region, through which these products are introduced in ways that are illegal and contrary to international controls and norms and have not been examined and made sure Its health safety, which is a danger to the citizen. "
He stressed the need to support the agricultural sector to achieve self-sufficiency in all food products.