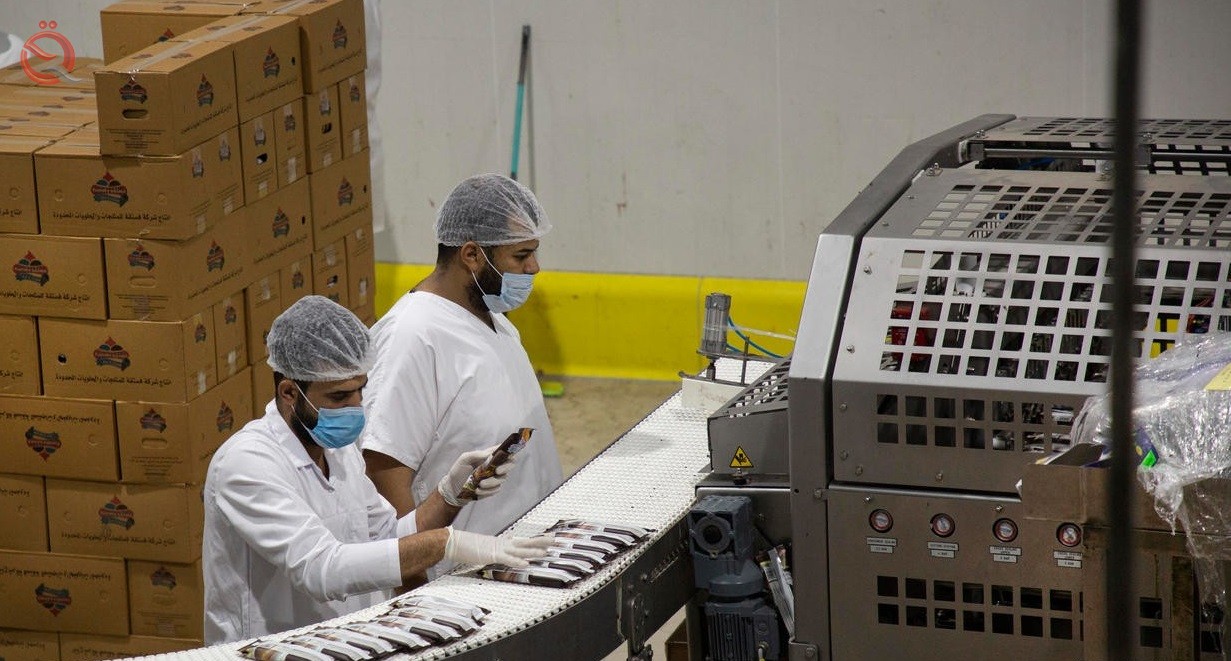 Economy News _ Baghdad
Buying Turkish, Iranian or Jordanian products is normal in Iraq, the country of palm trees that imports even dates from the Gulf.
But the global ban imposed by the Covid-19 epidemic is slowly changing the equation.
Amin Qasim said in an interview with Agence France Presse and seen by "Al-Iqtisad News", frankly, that the epidemic that killed about 170 people in Iraq is a blessing.
The man who owns an ice cream factory since 2006 in Basra pointed out that "the crisis allowed us to establish ourselves in the Iraqi market."
In the past, in front of foreign products, "Made in Iraq" had no opportunity, because of its high price, small quantities, and long-time production.
Consequently, the domestic product did not have all the attractions against the imported product chain.
Restore the market
But by closing those borders with the global embargo, Iraqi factories, whose numbers have declined dramatically during a decade of international blockades and years of repeated violence and wars, have managed to enter the game again.
"We were able to restore markets where exports were crushed by us," says Qasim, who runs three thousand employees at his factories for ice cream and foodstuffs that he exports from Basra to the rest of Iraq.
"We no longer need to cut prices in the face of cheap Iranian ice cream to avoid loss," he says.
The numbers in Iraq are misleading, and if the trade balance is still largely surplus, it is because it is artificially inflated by oil.
In 2018, according to the World Trade Organization, Iraq exported $ 97.2 billion worth of goods and services, but it was 98 percent of oil and gas.
Meanwhile, he imported $ 70 billion worth of goods and services such as electricity, tomatoes, cars, and frozen chicken.
Oil and austerity
But today, with oil prices almost three times lower, Iraq stands on the brink of a financial abyss.
Import taxes have already begun to be claimed by affected local producers years ago, so new income rose from $ 2.5 million in the first half of April to $ 7.3 million in May.
And to reduce its purchases abroad, Iraqi imports will drop from $ 92 billion in 2019 to $ 81 billion in 2021, according to the International Monetary Fund.
Indeed, in April, Chinese imports fell from nearly a billion dollars four months ago, barely reaching 775 million dollars, according to official figures from Beijing.
On the Iranian side, imports decreased from 450 million dollars a month to 300 million dollars, but only with the re-opening of the border points from the Kurdistan region of Iraq recently.
In this context, the diversification of the economy and the resumption of the industry that was looted and stolen during wars is now necessary.
The state, which can no longer employ, is relying on the private sector to create wealth and jobs.
Hadi Aboud works in the production of plastic pipes. In addition to the almost non-existent private sector, the fluctuating banking system, and simple import taxes, it also has to face competitors in a declining currency like Iran, and production at minimal costs like China.
However, the carefully styled white-haired man asserts that the recovery in the midst of the Covid-19 crisis was astounding.
"Now I sell plastic pipes before they are manufactured," he tells France Press.
With the huge demands for materials made with "Made in Iraq", the factory manager asserts today that "the situation has changed really well."
And more than touching change in the country's southern coastal city, Basra, are fishermen and fish traders.
"About a month ago, the number of fish increased," fish seller Mohamed Fadel, whose simplicity is positioned on the central market daily, told AFP.
He explains that "the Kuwaitis and the Iranians are not leaving now," and therefore the Iraqi fishermen now control the water and its fish.
As a result, the price of fish decreased from 20 to 11 thousand dinars, "or about nine dollars.
Not only did the livelihood increase at sea, to meet the new demand, Hani Abboud plans to open the doors of employment, and raise the number of his employees soon from one hundred to 150.

Page 1 of 1
Permissions in this forum:
You cannot reply to topics in this forum
Who is online?
In total there are 59 users online :: 0 Registered, 0 Hidden and 59 Guests :: 4 Bots

Yesterday at 2:51 pm by Ssmith

Yesterday at 2:50 pm by Ssmith