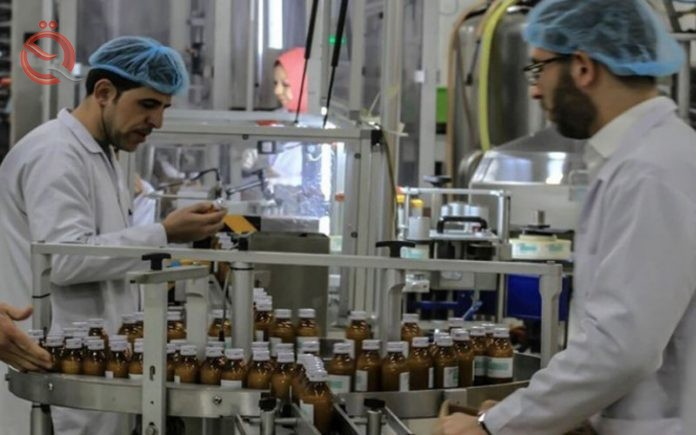 Economy News _ Baghdad
The General Company for the manufacture of medicines and medical supplies in Samarra, a company of the Ministry of Industry and Minerals, announced, on Saturday, a significant increase in its sales during the first quarter of this year 2020 compared to the same period last year 2019, with an evolution rate of (71%).
The general manager of the company, Abdul Hamid Abdul Rahman Al-Salem, said in a statement, "Economy News" received a copy of it. Quality and increase in the rates for the first semester of the current year and with an evolution rate of (71%).
Al-Salem added, "The value of the company's sales in the first quarter of this year amounted to (15) billion and (389) million dinars, compared to (8) billion and (976) million dinars in the first quarter of last year."
The general manager stressed that "the company will take new measures and adopt policies aimed at doubling production and sales and providing all products to the Iraqi citizen at reasonable prices."

Page 1 of 1
Permissions in this forum:
You cannot reply to topics in this forum
Who is online?
In total there are 180 users online :: 3 Registered, 0 Hidden and 177 Guests :: 2 Bots