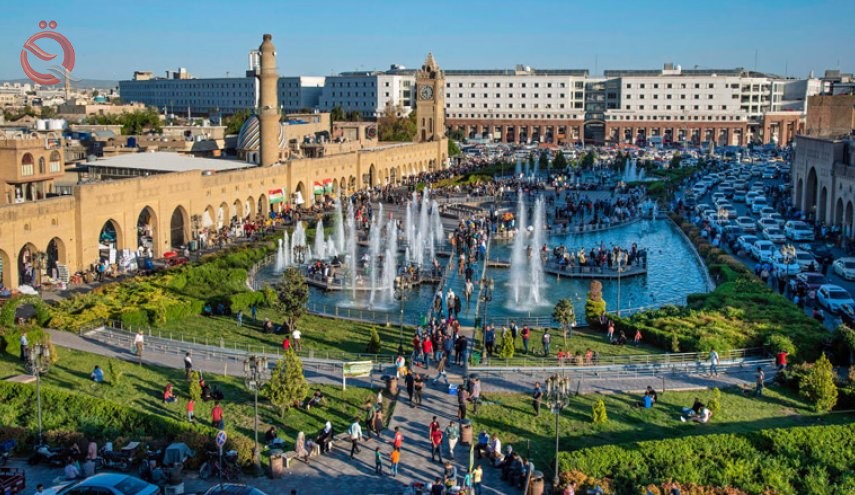 The Cabinet Office of the Kurdistan Regional Government sent, on Wednesday, a ten-point message to the General Secretariat of the Council of Ministers in the Federal Government, which included claims for funds for the costs of sheltering the displaced and compensation for the rule of the Baath Party regime.
The message, which was received by "Al-Iqtisad News", included "ten points centered on the policy pursued by the Kurdistan Regional Government, out of its constitutional commitment to solve outstanding problems, especially with regard to salaries and financial benefits for employees of the region."
She pointed out that "the policy of the Kurdistan Regional Government was and still aims to address the existing problems with the federal government in accordance with the reference of the constitution and on the basis of its provisions."
The letter added that "the constitution guaranteed the right to participate as a founding principle for the federal system of regions and governorates that are not organized in a region in the federal authorities in accordance with the principles of equality, equal opportunity and justice, which cannot exist without adopting the principle of equality between the citizens of the region and other Iraqi governorates in terms of enjoying the rights , Including salaries and employee financial benefits. "
The letter pointed out that "instructing to stop funding the salaries of the employees of the region is a violation of the principles of equality and equal opportunities, especially that financing the salaries of employees of the federal government in the fifteen provinces is running smoothly and without comment."
The letter stated that "The Kurdistan Region deserves a monthly ratio of 1/12 of the actual expenditures of current expenditures for the fiscal year 2019 similar to the rest of the Iraqi provinces, but the financial dues for the region were not spent in the first three months of the year 2020, except for the compensation of the region's employees amounting to 452 billion dinars, which The General Secretariat of the Council of Ministers demands that it stop what is considered a violation of the law.
And the Kurdistan Regional Government said in its message that "Article 10 / II-c of the Federal Budget Law 2019 stipulated the commitment of the Federal Government to pay the dues of the Kurdistan Region, including employee compensation, and the amount of damage is deducted from the region's share in the event it does not deliver the prescribed share of oil."
And she stated, "Relying on the special paragraph of Article 27 of the Financial Management Law to stop funding the salaries of the region is not in order, and also affirmed that the region still houses more than a million refugees and displaced persons, which makes it bear their costs and without the slightest contribution from the federal government."
She also said, "The federal government did not send the region's dues from February 2014 to 2019, which forced the region to find sources to finance its expenses and needs through borrowing, austerity measures, and reducing public expenditures and compulsory savings."
She noted that "the region supports the settlement of financial dues between the region and the federal government for those years in accordance with the mechanisms stipulated in the federal budget laws to achieve the rights and obligations of the two parties."
The letter stressed, "The steadfast position of the territorial government in resolving the file in accordance with the constitution and the law and on the basis of partnership, and requested reconsideration of stopping the financing of employee salaries in accordance with the joint recommendation reached as a result of the meeting held in Baghdad on April 20, 2020."
The provincial government attached tables and documents with its message, among them a table for the reparation of damages resulting from the crimes of the previous regime committed in the Kurdistan region from 1963 to 2003, which totaled (384,698,302,600) dollars for human, material and environmental losses and willful neglect of the infrastructure.
In another document, the letter confirmed that the Kurdistan Regional Government spent $ 7,051,909,024 as costs to accommodate the displaced and refugees from 2014 to 2019, and also included expenses on securing fuel for electricity generation in Kirkuk for the period from 2011 to 2020. Page 1 of 1
Permissions in this forum:
You cannot reply to topics in this forum
Who is online?
In total there are 119 users online :: 1 Registered, 0 Hidden and 118 Guests :: 2 Bots