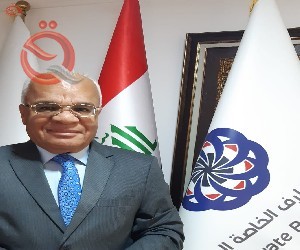 The economic and epidemiological crises that our country is currently undergoing revealed that we unfortunately lack proactive trade and health policies and regulations in the event that the country passes through crises or disasters as planned by the countries of the world and places it within its strategy to confront crises.
Where it became clear that the relevant ministries and the government did not consider the importance of food security and health security as important, as the Ministry of Trade confirmed that it does not have a strategic warehouse for three months that represents the point of re-demand, meaning that it is not intended for distribution except in emergency and crisis situations such as epidemics, economic crises, natural disasters and wars and justifies this by not Approval of the budget, and the necessary funds were not allocated to build the strategic warehouse. This confirms that this ministry, whose primary task is to secure food for citizens and distribute the prescribed ration with only four items, which constitutes 40% of the full ration X Of which four food items only cover only 50% of the calories should be provided for every citizen daily, ranging from (2000-2500) calories according to the approved scientific studies Dolaa.ouma that the ministry was unable to strict adherence to the distribution of all materials within the specified time program.
Given the circumstances of preventing the current roaming and the suffering of up to 8 million citizens under the poverty line, according to the statistics of the Ministry of Planning, we can say that the concerned authorities were unable to achieve food security for citizens, which forced spare Iraqis to implement campaigns for social solidarity and delivery of food to the needy families living below the poverty line in a country Classified from the rich countries globally.
From studying and analyzing the causes of failure to achieve food security in Iraq in emergency conditions, it can be said that all countries set their trade policy based on their economic methodology and strategy in accordance with their economic system and approach, so foreign and internal trade are planned in order to achieve the goals of the economic system, which is to achieve food security for the people.
However, the situation in Iraq differs due to the lack of clarity of the vision of the economic approach, despite the passage of 17 years since the change, despite the affirmation of Article 25 of the Constitution on the necessity of modernizing the Iraqi economy and supporting the private sector, but this was not achieved in the successful manner, but economic policies were confused in all sectors despite the preparation And the issuance of a number of strategies in agriculture and industry, developing the private sector and issuing laws to protect the local product and protect the consumer. Unfortunately, nothing important and fundamental has not been achieved, as the Iraqi economy is still rentier and depends on 93% of its revenues on oil and non-oil revenue sources have not been diversified. The private sector has not been involved in economic management and economic decision-making.
Trade policy in Iraq, based on the above, has continued to fumble between lack of control over foreign trade and lack of market movement in the direction of national economic goals, as borders and markets have opened to cheap and cheap industries and imports from various origins and without planning and without specific import approaches for the government and private sector, which has led to dumping the market In consumer, luxury and unnecessary goods at a time when the local product was not supported by stopping work in a large number of national factories and laboratories, and opportunities were not given to the productive private sector in the importer's competition, which created a large gap between the The actual need for the market, which must be based on estimates of the actual demand volume in each material and between the imported quantities, without specifying their quantities and qualities, as is the practice in other oil producing countries.
Therefore, our economy continues as rentier, our market is full of importer, free of local product, and the gap is large between foreign and domestic trade and the trade balance. As a result, our trade policy is deficient, so we propose the following: -
1- The Ministry of Commerce, in coordination with the Ministry of Planning, the Ministry of Industry and the private sector, prepares studies to estimate the volume of demand for all food, semi-essential and consumer luxury, and determines the quantities that will be produced locally and the imported quantities that fill the demand according to (the import principle is complementary to local production and not a competitor) and the government is committed to securing the allocations Necessary to secure the full food basket for citizens and not less than 10 basic food items. And building strategic storage for it for at least three months.
2- Preparing import curricula for the private sector, determining the food and non-food items it imports and allocating the necessary amounts for import in coordination with the Central Bank of Iraq and not issuing any import licenses by the Ministry of Trade without referring to the allocator specified in the import curriculum determined in the quantities and amounts allocated for the purpose of eliminating qualitative import and rationalizing exchange Foreign currency.
3- Restructuring and privatizing government industries, engaging the productive private sector in managing Iraqi industries and operating idle labor.