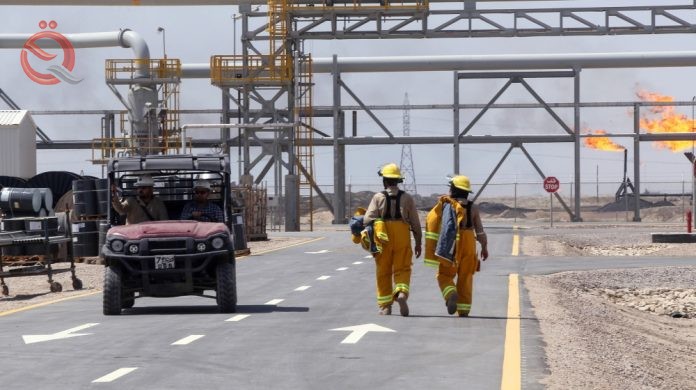 Economy News _ Baghdad
The Russian government Gazprom denied the oil arm of the gas giant Gazprom, on Wednesday, that it will not reduce its investments in the Kurdistan region, despite the request of the region's government.
“After the drop in oil prices, many countries have asked oil producers to reduce investment, which governments often have to partially repay as part of their contractual arrangements,” Reuters reported in a report.
Gazprom Neft said, “The provincial government asked the oil producing companies, including Gazprom Neft in the Middle East, to reduce investments, but the company refused to reduce spending on the Zarqla oil field in the region.”
She added, “All investments were initially agreed with the relevant ministries, and they are already below the required level, as Gazprom has denied a 40% stake in the Garmian block, in which the Zarqala field is located, and 80% in Halabja and Shankal.”
Sources had said earlier that Iraq had asked all international oil companies to reduce budgets for developing oil fields by 30% as the impact of lower oil prices on government revenues, but Gazprom denied that it had not received such proposals for the Badra project in eastern Iraq “.

Page 1 of 1
Permissions in this forum:
You cannot reply to topics in this forum
Who is online?
In total there are 93 users online :: 1 Registered, 0 Hidden and 92 Guests :: 2 Bots