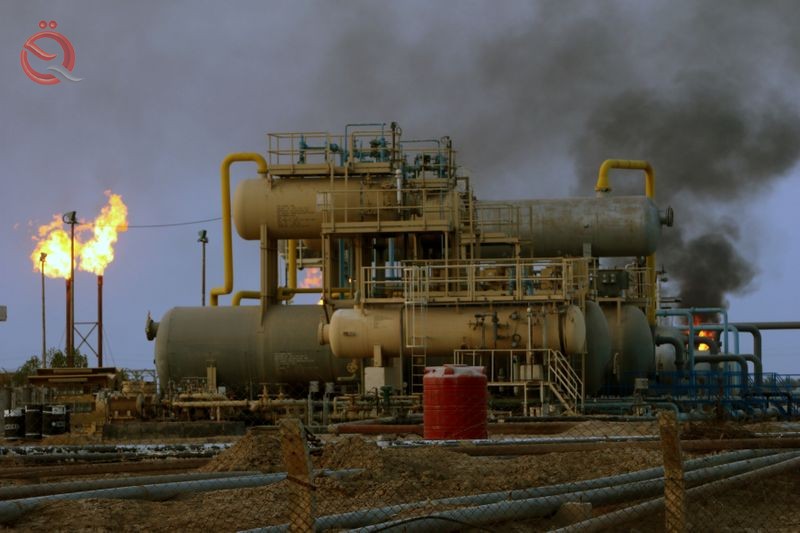 The Bloomberg Economic News Agency reported that a drop in crude oil prices today threatens to erode the financial reserves accumulated by the Gulf countries during the past decades.
This comes, after Saudi Arabia announced its intention to increase production to an average of 13 million barrels per day, next month, from an average of 9.8 million barrels currently, while the UAE announced its ability to increase production by one million barrels per day to 4 million barrels.
The agency said that the price war led by Saudi Arabia against Russia will lead to the disappearance of two other oil producers, who cost them more than $ 10 per barrel, while the cost of producing a barrel in Saudi Arabia, for example, is $ 2.5.
All the Gulf countries have the ability to increase their oil production immediately, such as Kuwait, Bahrain and the Sultanate of Oman, and other countries such as Iraq, which currently produces 4.6 million barrels per day, and an actual capacity to produce 5 million barrels per day.
"Bloomberg" considered that the excess of production is not a product of geopolitical factors, but rather the result of a mathematical calculation linked to low oil prices.
In principle, these countries have an arsenal sufficient to go to war, as the cost of pumping one barrel of oil from the Gulf oil fields does not exceed the price of a bottle of luxury drinking water, according to Bloomberg.
"Even in the worst case scenario, when crude oil prices drop to less than $ 10 a barrel, and as a result almost all of the oil sector incurs a financial loss, Gulf producers will continue to profit," she added.
She pointed out that in order to deal with the repercussions of the crisis of falling prices, and with the possibility of declining demand for crude in the long run, the Gulf central banks have deposited huge amounts of money in sovereign funds, adding: "But in front of falling prices, these funds may erode Very quickly".
According to official data, all of the Gulf states, in addition to Iraq, lost the price of a barrel of oil in excess of $ 50 in their draft budgets for 2020, with an expected deficit recorded, as Saudi Arabia needs a price of $ 80 a barrel to reach a zero budget, in which revenue is equal to expenses.
An agreement to reduce oil production is being implemented by the coalition of major OPEC producers, independent and led by Russia, by 1.7 million barrels per day, which ends on March 31.

And earlier this month, Russia rejected a new proposal from "OPEC", on deepening and extending the agreement to cut production until the end of 2020, with a total reduction of 3.2 million barrels per day, so that the countries of "OPEC" would be freed from production restrictions as of next April.

Page 1 of 1
Permissions in this forum:
You cannot reply to topics in this forum
Who is online?
In total there are 109 users online :: 2 Registered, 0 Hidden and 107 Guests :: 2 Bots