A report of the Australian Economic Investor Daily newspaper, which specializes in investment, confirmed on Wednesday that Iraq is in a good economic position that enables it to meet its external debt.

The report, which was translated / information / in an interview with the economic analyst Mark Baker, the director of investment and emerging market debt at the Aberdeen Standard Investments Group, in response to a question about the bonds issued by the Iraqi government, stated that “ Iraq is a net external creditor and this means that its external assets are greater than its external debts which It means the country is in a good position to stick to its debts. ”

"Each country is subject to a unique set of macroeconomic engines. There are no emerging markets or similar borders. In the case of Iraq , regional political geography and internal politics are key factors. But at the same time, it is consideredIraq has a net external creditor, which means that its external assets are greater than its external liabilities. This means that the nation is well placed to service its debt obligations.

He pointed out that "border markets tend to take on more credit risk than the prevailing emerging markets. However, it does not necessarily follow that volatility is higher, especially for local currency bonds.


Border bonds in local currency are less accessible and require very careful analysis and oversight, which some international investors may be unwilling or unable to implement. As a result, most of these markets suffer from a significant lack of ownership and are therefore less sensitive to global risk factors affecting the more common emerging markets. Ended / 25 z

Officials: The Iraqi financial crisis may make us borrow from the International Monetary Fund again

Officials: The Iraqi financial crisis may make us borrow from the International Monetary Fund again 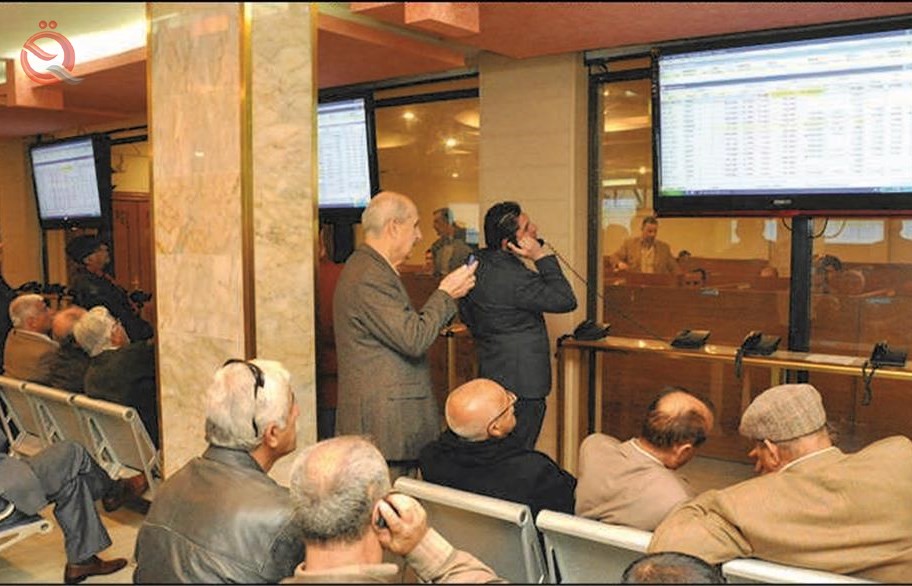 Between the fall in crude prices and political volatility, the shrinking international intentions to save it and the new Corona epidemic, Iraq stands on the brink of a financial catastrophe that could push it into austerity measures and re-renew popular anti-government protests .

But officials seem strangely optimistic, which experts describe as a "denial" given that an expected collapse in oil prices will cost Iraq two-thirds of its net income this year .

Brent crude prices fell this week to $ 26 per barrel, the lowest level since 2003, in the wake of global oil demand affected by the outbreak of the Corona virus, and the price war between major producers Saudi Arabia and Russia .

In contrast, the head of the International Energy Agency, Fatih Birol, says that Iraq, whose oil revenues constitute more than 90 percent of its revenues, will face "enormous economic pressures ."
Iraq is the second largest oil producer in the "OPEC", and usually exports 3.5 million barrels per day .
Iraq adopted in its draft budget for 2020 on an expected price of $ 56 a barrel. And with lower prices, Iraq’s net income will decrease by 65 percent this year, compared to last year, causing a monthly deficit of $ 4 billion dedicated solely to paying salaries and maintaining government business continuity .

Birol points out that "in the current crisis, Iraq will suffer to exceed oil revenues of $ 2.5 billion per month," calling on officials to find "urgent solutions." This prediction is based on the price of $ 30 a barrel before the recent decline .

On the other hand, senior Iraqi officials say to Agence France-Presse that the ministries of finance and oil, the Iraqi Central Bank and state-owned banks are looking at ways to cut costs and find financing .

The Governor of the Central Bank of Iraq, Ali Al-Alaq, explains to the agency that "there is some concern, but it is not severe ."
"I think oil prices at this level will not last long. We don't expect big spikes, but at the level that secures the required volume, " he says.
Al-Alaq believes that officials are still closely reviewing the draft 2020 budget, which is one of the largest budgets of Iraq at around 137 billion dollars .
Over 75 percent of it is earmarked for salaries and other costs, with the remainder being spent on capital investments .
Total salaries jumped from $ 36 billion in 2019 to $ 47 billion this year, after 500,000 new employees were hired to appease the rising street for months .
The government employs about four million Iraqis, pays three million of them, and welfare for a million employees .
The relationship explains that "based on our preliminary indicators, we will be able to cover external debt and salaries", and reduce the benefits and services that "lack economic efficiency ".
But eliminating any benefits in a time of global economic downturn could put people back on the streets with even greater momentum .

He points out that other options include recovering "trillions" of the Iraqi dinar from accounts in state-owned banks, as the ministries have stored years of surplus funds, issuing bonds to people and rescheduling internal debt payments .

The central bank governor added that new talks are also underway with the International Monetary Fund, but with the absence of a budget and the formation of a new government, it appears that it will not bear fruit .

The government does not plan to devalue the currency, obtain new foreign loans, or stop payments to international oil companies, which are worth $ 1 billion a month .

Al-Alaq was optimistic that the pressures would push the government to introduce long-awaited financial reforms, saying that "a blow that does not break your back will strengthen you ."
Not optimistic
On the other hand, some officials openly admit that they do not share the optimism of the relationship .
A senior Iraqi adviser describes the situation as a "serious crisis", while another says that it will be impossible to reduce the budget in a country that TI ranked 16th on the list of the most corrupt countries in the world .
"Some ministers oppose cuts because it will penetrate their patronage networks," the chancellor says .

He adds that the government assumes that oil prices will return to normal within two months, which the International Energy Agency did not expect .

In a related context, Ahmed al-Tabaqshali of the Iraq-based Institute for Regional and International Studies notes that "putting the head in the sand is not politics ."

Although Iraq faced a collapse in prices in 2014 and 2016, it did not witness the current significant decline in global demand, especially from China afflicted by the virus, the main importer of Iraq .

Reliance on the international community is less permanent than it was in 2014, when world powers were eager to help Iraq fight ISIS .

Tabkashli says that Iraq may have to resort to reserves worth about $ 60 billion to cover the deficit, but it will inevitably have to reduce salaries and perhaps borrow internationally .

Even if the markets eventually stabilize, Iraqi oil will struggle to compete with the abundant Saudi product .

So Tabaqli considers that "there are painful adjustments that we need to make now, not leave them to our grandchildren."

Parliamentary Finance: The government will resort to internal and external borrowing to fill the budget deficit

Parliamentary Finance: The government will resort to internal and external borrowing to fill the budget deficit Parliamentary Finance Committee confirmed that employees ’salaries are guaranteed in the Federal Budget Bill for the year 2020, while noting that the value of the fiscal deficit will reach $ 70 trillion in light of the low oil prices.

Member of the Committee Haneen Al-Qaddou said in a press statement: "The 50% decrease in oil prices naturally affected the construction of the federal budget for the year 2020, given that Iraq depends on oil imports to build federal budgets."

He pointed out: "The government will resort to internal loans from government and private banks to fill the deficit in the federal budget," stressing: "The deficit that does not affect the payment of salaries of employees and retirees." 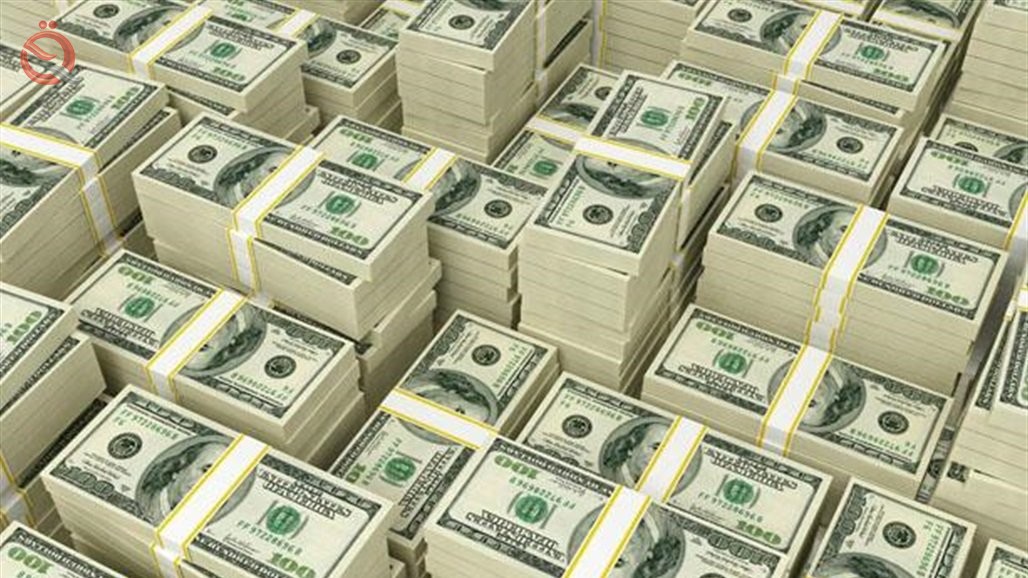 Economy News _ Baghdad
Representatives in the Iraqi parliament confirmed that there is a principled agreement to add a budget clause preventing the government from external borrowing, while one of the deputies indicated that the World Bank expressed an unwillingness to discuss granting any new loan to Baghdad with the current status of the country.
One of the deputies said, "The option of external borrowing, as one of the government's means to alleviate the financial crisis, is not raised due to assurances received from the World Bank that it is not ready to discuss any new loan to Baghdad in the current state of the country," noting that "the government's recent decisions were unsuccessful and contributed to increasing Financial deficit. "

He added, "Those decisions are the employment packages launched by the government and they were all courtesy motives at the expense of the actual need and have so far reached more than a quarter of a million jobs.

In contrast, two deputies from the financial and economic committees affirmed that" an initial agreement to add an item to the budget for the current year And next year it is forbidden to borrow within the draft budget if it is voted on in Parliament. ”

According to one of the two representatives,“ 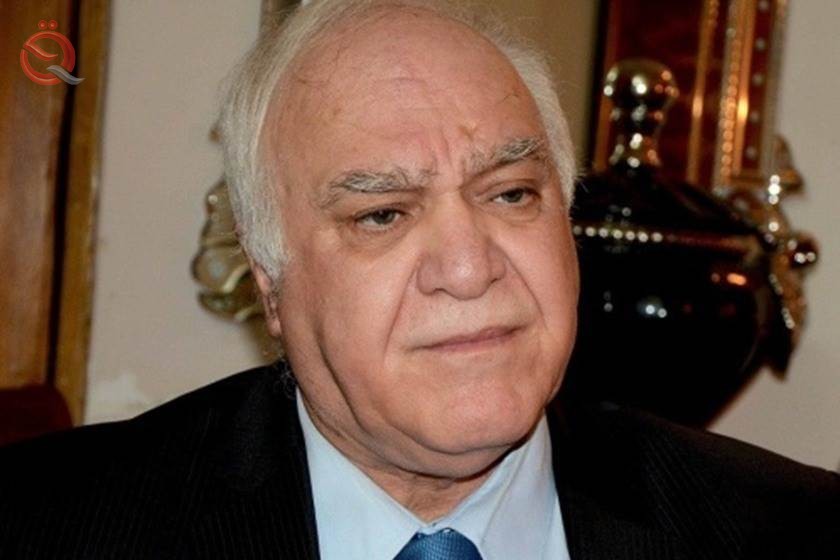 Economy News _ Baghdad
Advisor to the Prime Minister for Financial Affairs, Mazhar Muhammad Salih, denied on Tuesday, the World Bank's apology for assisting Iraq.
Saleh said in an interview with the Iraqi News Agency (INA), followed by "Al-Iqtisad News", "The World Bank has ongoing financing projects in Iraq and there is continuous communication with this important international institution to build positive future relations."
The media had reported a senior official that the World Bank had informed Iraq of its unwillingness to discuss any new loan to Baghdad with the country's current status.
The official said, "The option of external borrowing, as one of the government's means to alleviate the financial crisis, is not raised due to assurances received from the World Bank that it is not ready to discuss any new loan to Baghdad in the current state of the country," noting that "the government's recent decisions were unsuccessful and contributed to increasing Financial deficit. " 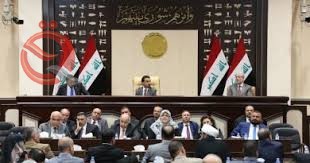 Similar topics
» Iraq pays 20 billion dollars of its external debt
» Parliamentary Finance: Iraq will pay its external debt until 2053
» Abdul Mahdi: We are working to find a budget capable of managing the economy
» Iraq's budget: $ 4.6 billion for external loans and public debt of $ 130 trillion
» The parliamentary economy warns of the doubling of external debt because of the benefits ... Finance Committee reveals the "Zora" details of the Financial Management Law and announce a mechanism for debt repayment