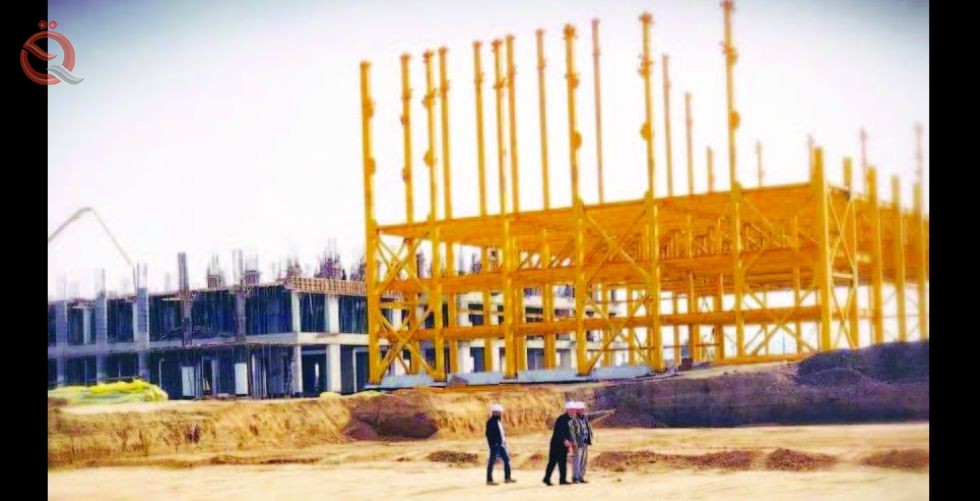 Economy News _ Baghdad
Baghdad Investment Commission announced the implementation of an integrated university city according to the latest international models, indicating that the city's construction site will be at the airport in Al-Muthanna in the capital.
The head of the commission, Eng. Shaker Al-Zamili, said in an interview with the official Al-Sabah newspaper, which was reviewed by Al-Iqtisad News, that investment in the education sector is an important pillar of development in any country with the aim of ensuring that its outputs are from university competencies, especially scientific disciplines from them that will contribute to the rise of the country and the success of the construction process.
Stressing the need for Baghdad to develop an educational system that is characterized by efficiency and experience in all scientific and technological fields, which contributes to drawing a clear vision and transforming it into an attractive environment for businessmen, thus contributing to activating the role of investment in the educational sector.
And that there is a project currently implemented by the authority in this regard, which is the Assyrian University College within the Muthanna Airport in Baghdad, which will include an integrated university city that contains many colleges, in addition to various service facilities to be one of the most important health education sector projects implemented in Baghdad, as it will provide the best and latest methods The teaching staff, competent staff and advanced laboratories imported from the finest international origins.
Al-Zamili added that the college will include specializations: pharmacy, dentistry and medical laboratory techniques, in addition to civil engineering, business administration and law, while it will also include an integrated sports city, an Olympic and educational swimming pool, and Olympic stadiums, the first of its kind in the country, in addition to 18 medical clinics that include the latest equipment and the best Originators, as well as centers for the global medical device industry.
He disclosed that there is a general hospital that will be attached to the college concerned with all medical and therapeutic aspects, and it will also be equipped with the latest medical devices, indicating that it consists of a multi-storey building that includes hospital management, outpatient and emergency clinics, patient and radiology rooms as well as specialized laboratories, as well as halls for major and minor surgeries and a resonance device Modern, which will reduce the pressure on government hospitals, in addition to that it will provide many job opportunities for young people.
The head of the Baghdad Investment Commission stressed that his department seeks, through granting investment opportunities for projects related to colleges and schools, to support and maintain the quality of education in the country and make it in the interests of developed countries, in addition to caring for the excelling and employing their creativity for the development of society and supporting building and reconstruction plans, noting that the authority In this regard, several projects have been accomplished, including the pilot schools: (Excellence) in Zayouna, (Love of Baghdad) in Zayouna and Al-Baiji, (Nun and Al-Qalam) in Al-Doura, and the University (Isra) College near Al-Andalus Square, and the two universities (Al-Shumookh) in the area Al-Saydiya and Al-Mashriq National Schools