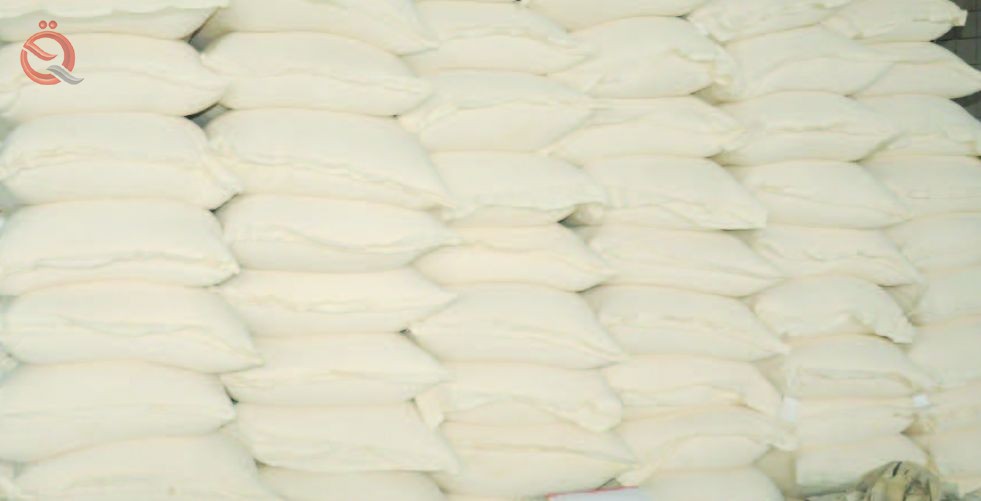 Economy News _ Baghdad
The Ministry of Trade assured citizens that it has a good strategic storage of all foodstuffs included in the ration card items.
The director of the General Company for Grain Trade in the Ministry, Eng. Hassanein Al-Zubaidi, confirmed in a statement to the official "Al-Sabah" newspaper, that his company possesses a strategic strategic storage of rice and wheat materials sufficient to meet the need of the ration card items, noting the continued arrival of ships loaded with imported rice and their transportation to the company's warehouses, in addition to What you own from the product locally.
And that the company is preparing agents for food and flour with the shares of citizens for the first months of this year, noting that the materials that were distributed among citizens relied very heavily on the local production of rice and wheat, which the company relied heavily on the local ones.
Al-Zubaidi affirmed his ministry’s keenness to support the government’s tendency to encourage the national product, noting that his ministry directed all its companies to contract with local government companies and factories to purchase local products, especially those that included ration items such as rice, wheat, sugar and edible oil.

Page 1 of 1
Permissions in this forum:
You cannot reply to topics in this forum
Who is online?
In total there are 118 users online :: 5 Registered, 0 Hidden and 113 Guests :: 1 Bot