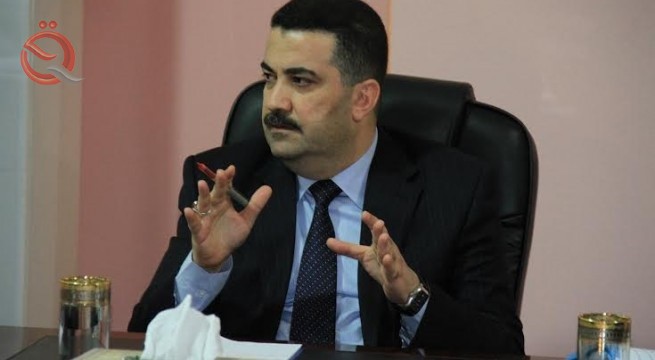 Member of the House of Representatives, Engineer Muhammed Shia'a Al-Sudani, clarified, on Tuesday, that the recent decisions to return the abolished contracts from the army, police, and the popular crowd and appoint graduates contributed to the high percentage of the amounts allocated to salaries to 14 trillion dinars.
The Sudanese said in a statement seen by "Al-Iqtisad News", that "the rate of exchange in the budget did not exceed 70% due to the delay in approving projects as a result of the demonstrations that took place in Baghdad and the provinces, which stopped many projects and caused permanent disruption in some state institutions." On his hope that the investment budget contributes to providing services to citizens and create job opportunities that reduce unemployment.
"He added that" the oil price was set in the budget at $ 56 a barrel, "warning" of the impact of tensions in the region, especially the escalation between the United States of America and Iran on oil prices Globalism".
Al-Sudani said, “The general budget for the year 2020 was delayed to be sent to Parliament due to political conditions and the resignation of the government, as well as recent financial developments and economic challenges, although the government in its last sessions approved the budget and referred it to the governmental committee,” noting that “the parliament is waiting to form a government.” New to review the budget and send it to him, and that, according to the usual contexts, spending remains at a rate of 1 to 12 until the general budget is approved. "
And on the oil agreement between Baghdad and Erbil, Al-Sudani stressed that "there is an agreement between the federal government and the Kurdistan Regional Government and it is supposed to be included in the budget to be discussed in the House of Representatives," pointing out that "Parliament has many reservations about Kurdistan's failure to comply with the agreements concluded previously."

Page 1 of 1
Permissions in this forum:
You cannot reply to topics in this forum
Who is online?
In total there are 130 users online :: 0 Registered, 0 Hidden and 130 Guests :: 2 Bots