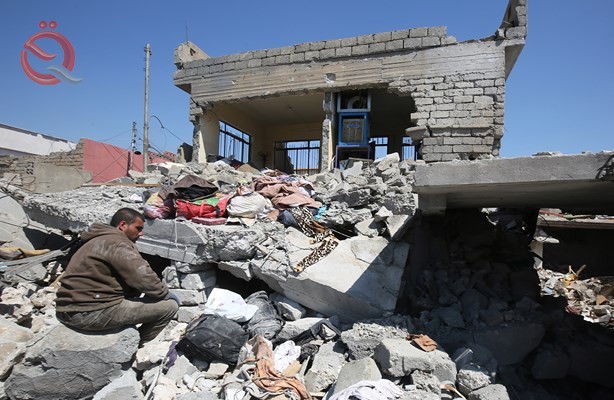 600-750 destroyed houses in old Mosul, according to preliminary estimates

Nineveh province has allocated one billion dinars to be paid rent for one year to the owners of the destroyed houses in the old city of Mosul.

The Governor of Nineveh Mansour al-Maraid said in a statement carried by the official newspaper "morning" and seen by the "economic news", "The government has already commissioned the United Nations Educational, Cultural and Scientific Organization (UNESCO) to oversee the reconstruction of the old city of Mosul to preserve the heritage side "Such a case needs a long time," he said.

He added that "the owners of demolished houses in this city do not have full freedom to build their role however they want, considering that there are certain conditions (UNESCO) how to build the role in this city."

Al-Maraid hinted that "the majority of families in old Mosul live in rents until this issue is resolved, which led the local government in the province to bear the financial side to allocate one billion dinars to pay rent for a year for the owners of demolished houses, which amounted to between 600 and 750 homes "The issue of building the old city and how to reconstruct it and its future shape will be resolved between the province and UNESCO during this year," he said.