[size=36]The Minister of the Interior is discussing with the ambassadors of America, France, Canada and Romania security coordination and counterterrorism[/size] 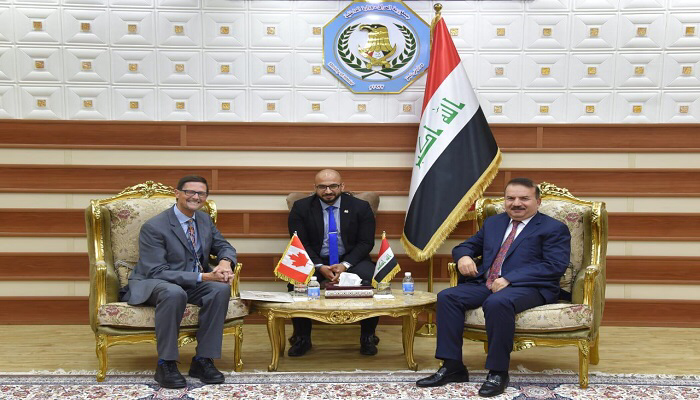 Interior Minister Yasin Taher al-Yasiri received today US Ambassador Matthew Toller, French Ambassador Bruner Obert, Canadian Ambassador Paul Gibard and Romanian Ambassador Iacov Prada separately in his office.
During his meetings with ambassadors, Yasiri stressed the importance of coordinating international efforts to combat terrorism, calling for unifying the visions to dry up the sources of extremism and terrorism in all countries of the world.
He pointed to the need for international cooperation to eliminate organized crime and drug trafficking, pointing out that the Ministry of the Interior began in real steps in that direction and that it will not tolerate any threat that affects the lives of citizens.
is over