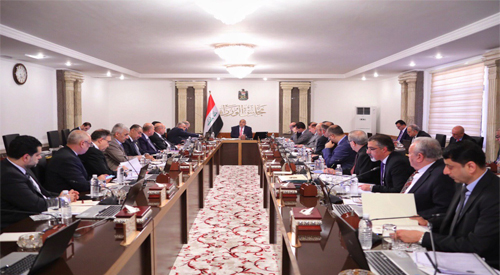 The Council of Ministers decided that the head of the Contracting Authority, with the approval of the Minister of Planning, would change the beneficiary of the open documentary credit to the new contractor for the contracts that are terminated under the law and the instructions (by withdrawing the work or canceling the contract by mutual consent or waiver) Under the applicable banking rules, without any legal or financial effect on the contracting authority.

The Cabinet approved the transfer of 12 billion dinars from the allocations of the investment plan projects of the General Directorate of Water in the Ministry of Construction, Housing, Municipalities and Public Works for the year 2019 to the unified water project of Kirkuk / Phase II for the purpose of processing the import equipment necessary for its completion.
______________________________________________

The Council of Ministers approved the recommendation of the Ministerial Council of the Economy on contracts financed from the operational budget and approval of the inclusion of projects funded from the current or operational budget by Council of Ministers Decision 432 for the year 2015 provided financial allocation is available.
Decision No. 432 of 2015 on the approval of the Council of Ministers at its forty-ninth session held on 29/12/2015 recommendation of the Committee on Economic Affairs, on the authorization of contracting parties the discretion to decide on re-advertising of projects that have been withdrawn in coordination with the Ministry of Planning, Of the utmost importance, while the postponement of the declaration procedures relating to the rest of the other projects, and to dispense with the issue of difference teams. 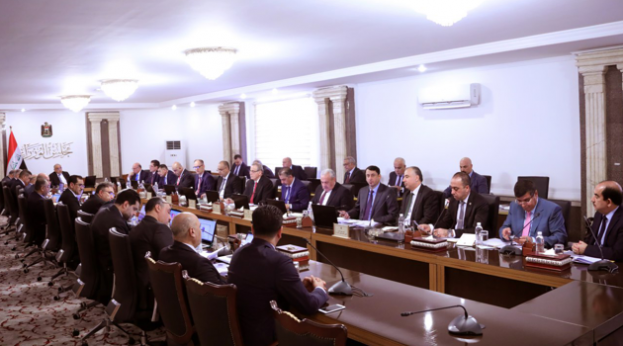 The Cabinet held its regular weekly meeting in Baghdad on Tuesday under the chairmanship of Prime Minister Mr. Adil Abd Al-Mahdi. It: