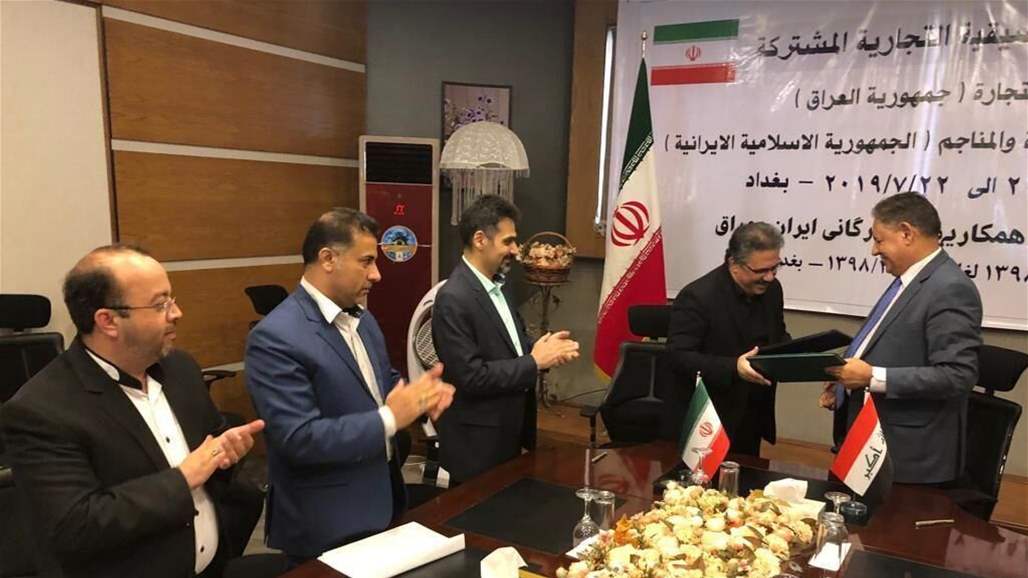 Iraq and Iran signed an agreement to develop trade cooperation aimed at removing obstacles in this regard between the two countries.

"This agreement was signed last week during the visit of the head of Iran's Trade Development Organization and his accompanying delegation to Iraq, " Iran's trade advisor to Iraq , Nasser Behzad , said Thursday in a statement published by IRNA .

"According to the agreement, the creation of joint industrial cities for joint production and establishment of offices of the Export Guarantee Fund and facilitate the access of traders to visas and the establishment of industrial workshops and trade education and increase the number of Iranian exhibitions in Iraq and customs tariffs were agreed between the two countries."

"A joint trade committee was formed to develop strategic plans for the development of economic relations and the first meeting was held in Baghdad under the chairmanship of the head of the Iranian Trade Development Organization Mohammad Reza Modudi and the Director of External Relations at the Iraqi Ministry of Trade Adel Khudair Abbas, " he said.