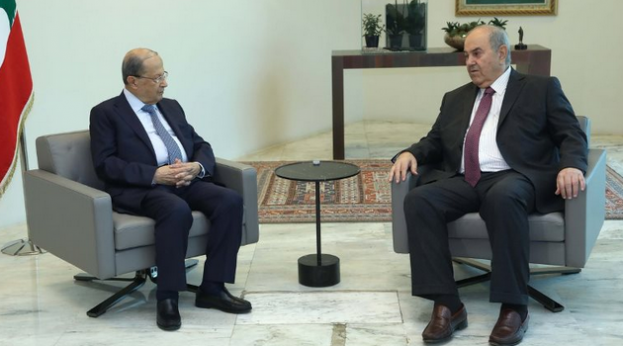 On Wednesday, the Lebanese President, General Michel Aoun, welcomed the Vice President of Iraq, former Iraqi Prime Minister, Dr. Iyad Allawi, with whom he discussed the bolstering of Lebanese-Iraqi relations in all areas, especially on economic matters.
Following his meeting with President Aoun, Xinhua quotes Vice President Allawi as saying:
“We have discussed with Lebanese President Michel Aoun the possibility of creating partnership between Lebanese and Iraqi businessmen and we will be following up on our agreements to make sure they are put in action very soon.”
He reportedly added that Iraq is keen to benefit from the Lebanese expertise in the banking sector.
(Source: Govt of Lebanon, Xinhua)
http://www.iraq-businessnews.com/2019/07/12/iraq-lebanon-keen-to-cooperate-in-banking/