MZ: The news is not all bad….I’m just salty today because I want it now….just like all of you….

MZ: Its 100% been the US Treasury stalling our release is what I am told. I guess they thought if they kept stalling it..the US would maintain its control over the world banks.

Q: Mark Heard Trump was supposed to fire Munchkin if this didnt go by now..You Hear this?

MZ: I have heard that Trump will fire Mnuchin is this isn’t rolled out right now

MZ: My Chinese contacts said they are giving the US until midnight on the 16th to release before they take over.  If the Chinese take over then the US Treasury will no longer get the 2% fee that was built into our exchanges……The Chinese are using this as a bargaining chip....imo

MZ : The Chinese must still get Mr. C ‘s signatures on the Gold treaty…..so we will still know when that happens.
Q: if China sets it off treasury does not get their share, but do we get to redeem and exchange???

MZ:  The Chinese has contracted with 3 banks for the exchanges . WF, BOA and Chase I believe…..so if they take over the exchange process it won’t affect us much.

MZ: The US would be stupid to wait until the 16th…..I think a lot of big things are about to start happening.

Q:  GM Mark, can you put your best 'guesstimate' on how much that 2% might cost the US if the Treasury doesn't behave by the 16th?

MZ: I believe that would be losing trillions…..and that should be a good motivator to get this done.

Member:  There is no way President Trump is going to allow the US to lose money

Member:  What appears to be obvious is Cabal is still in control.

Member:  elders want the wealth in the hands of the common man/women, not groups or orgs

Member:  US Treasury is holding out for more than their agreed 2% to the last possible moment to not lose out completely!

MZ: The Chinese contacts  also said the twitter campaign on the Zim did not hurt anything and they were surprised it wasn’t done sooner.

Nflemingjr:  THE TWITTER CAMPAIGN WENT AS EXPECTED AND THAT WAS TO BRING TO THE FOREFRONT THAT UNLESS THE US GOT THIS DONE IT WAS GOING TO PUNISHED FOR ITS CONTINUED DELAYS IN THE PROCESS. THE US HAS BEEN HOLDING UP THE REST OF THE WORLD AND THE CHINESE WANT IT STOPPED.

MZ: Reno is still expectant but since the people in Reno are being fed info (crap) from the Treasury ….and the treasury is the hold- up…..well I’m not paying as much attention to them right now.

Member:  Mnuchin was caught trying to money a trillion dollars around, I think he and some of his cronies may be playing games with this. I believe the President wants this, esp for our vets holding dinar

Nflemingjr:  SOME ARE FINALLY ADMITTING THAT THE CHINESE WILL TAKE ON THE 16TH OF JUNE IF THE US HAS NOT GOTTEN STARTED BY THE 16TH. THE ZIM IS BEING USED AS LEVERAGE AGAINST THE US TO GET THIS DONE.

Eagleone2025:  MEETINGS IN DC ARE GOING WELL BOTH GOOD AND BAD. WHAT I AM HEARING WEEK OF 16-23 THERE IS ALOT OF TALK IN DC ABOUT GO OR NO GO.

Eagleone2025:  IF YOU REMEMBER WHAT I POSTED THAT JUNE 9TH THERE WHERE HIGH LEVEL MEETINGS IN WASHINGTON DC AND THE MEETINGS DID NOT GO WELL.

Nflemingjr:  DO BELIEVE THAT IF THE US DOES NOT DO WHAT THEY HAVE BEEN TOLD TO DO THEN THE TRUMP WILL BE SHOWING THE WORLD THAT HE CAN NOT CONTROL THE TREASURY AND THE CHINESE WILL SIDESTOP THE TREASURY AND WE WILL BE GOING TO CHASE, WELLS FARGO, HSBC

Q: Is it true that the US Treasury owns 55 Billion in dinar?

MZ: I have heard that exact same figure.

Q: Any news on CMKX?

MZ: Since I am not believing the people in Reno today……they think today is value day with deliveries starting today…..if they get info from the lying US Treasury……I don’t believe their intel right now.
When is declass coming?

MZ: It’s way overdue…..if we push anything on a twitter campaign we should push for declass NOW

Member:  Everyone watch the patriot intel report. Trump is quietly announcing the Gold back standard for US. PM Modi meeting with XI for SCO summit. China want in Iraq badly.

Member:  Trump has been announcing the gold standard for months now!

Q:  any idea what the 18th of June announcement rumor from POTUS is?

MZ: I keep hearing that date …I wish I knew its importance….

MZ: Maybe he is planning a lot of announcements on that day besides his re-election campaign….if he announced the Republic, debt forgiveness, gold standard currency …a tight border security …well….they may just re-elect him right there…lol.

Eagleone2025:  EITHER TRUMP WILL GO FORWARD OR FAIL TO DECLARE A NEW REPUBLIC. A NEW REPUBLIC WILL CONNECT THE RV. WE HOPE THE RV. YES I DID MENTION THE JUNE 6-9 BUT NEVER SAID THAT THE RV WAS GOING TO BE RELEASE,

Member:  CHINA is forcing QFS gold-backed currency Announcement. If they went without US, there would be immediate global chaos as everyone dumped dollars for YUEN! Steve Mnuchin Announced plans yesterday

Member:  there are 209 countries involved in tge GCR, if the US is the hold up its going to be left behind and de Elders will take over...

Member:  Expect the military to become very involved in what happens. Government is not functioning...

Q: If we sidestep the UST- will we have to sign an NDA?

MZ: I feel there will be a nda with zim exchanges…..there will be some idiots from dinarland who are going to brag about they are now rich and they are putting themselves and families in grave danger from kidnapping  and thieves if they do .

MZ: In Iraq……CBI has been very active this week posting many good articles……Im sure Frank and his team have posted many of those.

Member:  FML=Financial Management Law
Eagleone2025:  ALL THE WINDOWS ARE TIMES OF VERY STRONG POSSIBLES TIMES OF RELEASE THAT DOES NOT MEAN IT WILL BE RELEASE. GO BACK AND READ MY STATEMENTS. I TOLD YOU INTEL CHANGES. i NEVER CALL 800 NUMBERS DATES. SO GO BACK AND READ WHAT I SAID.
Eagleone2025:  MARK IS DOING THE BEST HE CAN IF U DON'T LIKE WHAT HE IS SAYING LIKE MARK SAID GO START U OWN SITE. WE ARE HERE TO HELP IN THE BEST WAY WE CAN. I SAID THERE IS GOOD INTEL AND BAD INTEL ALL INTEL WILL CHANGE..

Eagleone2025:  NOT MUCH TO REPORT ALOT OF INTEL HAS GONE UNDERGROUND. ITS A PROCESS SO WE WAIT DAY BY DAY. EAGLE ONE OUT

Member:  Remember if they hold true to their word and they’re going to give us 10 days before the public from what I’m hearing is going to go down on July 4 that would put our exchange on June 24 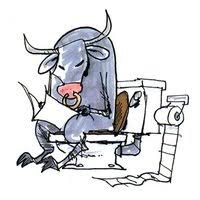 Page 1 of 1
Permissions in this forum:
You cannot reply to topics in this forum
Who is online?
In total there are 62 users online :: 1 Registered, 0 Hidden and 61 Guests :: 4 Bots