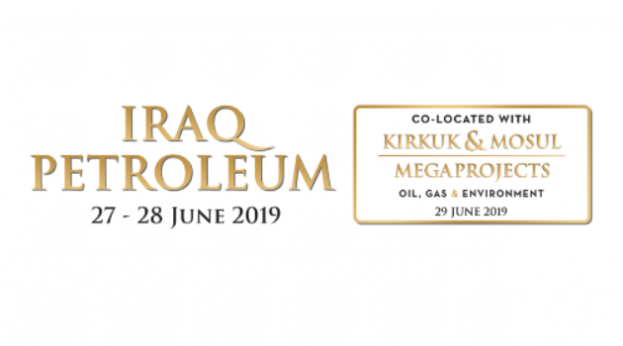 
There can be no doubting Iraq’s oil credentials. It is Opec’s number two oil producer, second only to Saudi Arabia, and holds the world’s fifth-largest proved oil reserves. Production is on the rise, having nearly doubled over the past decade, averaging around 4.5 million barrels per day in 2018.
Almost 90 per cent of the country’s output comes from giant oilfields in the southern part of the country. The remainder is largely pumped from oilfields in the northeast, in the semiautonomous Kurdistan Region of Iraq (KRI), which is under the control of the Kurdistan Regional Government.
This is good news for a country that is heavily dependent on revenues from its oil exports, which, according to the IMF, accounted for almost 90 per cent of total government revenues in 2017. The rise in oil prices, despite recent wobbles in the face of US-China trade tensions, has certainly been a boost to the country’s coffers and provides further impetus for investment in development and infrastructure.
This upwards trajectory is likely to continue as the country seeks to fill the supply gap left by new US sanctions on Iran. Iraq is keen to lift production capacity to 5 million bpd this year, and to 8.5 million bpd in the coming years as it upgrades its infrastructure. The southern oilfields are key to this growth, expected to pump some 6.5 million bpd in the coming years, with the country keen to partner with international oil companies (IOCs) to secure the necessary investment to unlock its vast resource potential.
Iraq’s growing importance as a key player on the world’s energy stage will be discussed at the upcoming CWC two-day event, Iraq Petroleum, which will be held in London on June 27-28 in collaboration with the new Federal Government of Iraq. For the first time, the event is being co-located with the one-day Kirkuk & Mosul Mega-Projects event on June 29, where delegates will be first to hear government plans and investment opportunities to develop the giant oilfields in the newly liberated oil-rich areas of Kirkuk and Mosul.
The three-day event brings together key figures shaping the future of this strategically important country. The Iraqi ministerial delegation will be led by H.E. Thamir Gadbhan, Deputy Prime Minister for Energy & Minister of Oil along with the heads of the Basra Oil Company and North Oil Company, while the international oil industry is well represented, with confirmed speakers including Michael Townshend, Regional President of BP Middle East, Jeffrey T. Levy, President of Chevron Chevron Europe, Eurasia and Middle East E&P, Majid Jafar, CEO of Crescent Petroleum, and Gati Saadi Al-Jebouri, Managing Director of LUKOIL Mid-East Limited.
It’s not just oil that’s creating new investment opportunities for international partners. Oslo-based energy consultancy Rystad Energy forecasts that in terms of resoruces sanctioned for development, gas will overtake oil projects in 2019, with new projects, mainly in the Kurdistan Region, set to triple the country’s gas output from just over 1 billion cubic feet per day in 2017 to 3 billion cf/d in 2022, enabling it to meet growing domestic demand for gas and possibly even launch the country as a gas exporter for the first time. Again, it’s a topic that will be widely covered at CWC’s Iraq Petroleum event, including presentations from Dr Jaafar Oklany, commercial director of Basra Gas Company and Ali H. Khudhier Al-Saady, former director general of South Gas Company, Basra.
For anyone with an interest in Iraq’s future, and indeed the stability of the world energy mix, this is one event not to be missed.
For further information, visit https://www.cwciraqpetroleum.com/
For full programme, download the brochure
(Source: CWC)

Page 1 of 1
Permissions in this forum:
You cannot reply to topics in this forum
Who is online?
In total there are 182 users online :: 2 Registered, 0 Hidden and 180 Guests :: 3 Bots