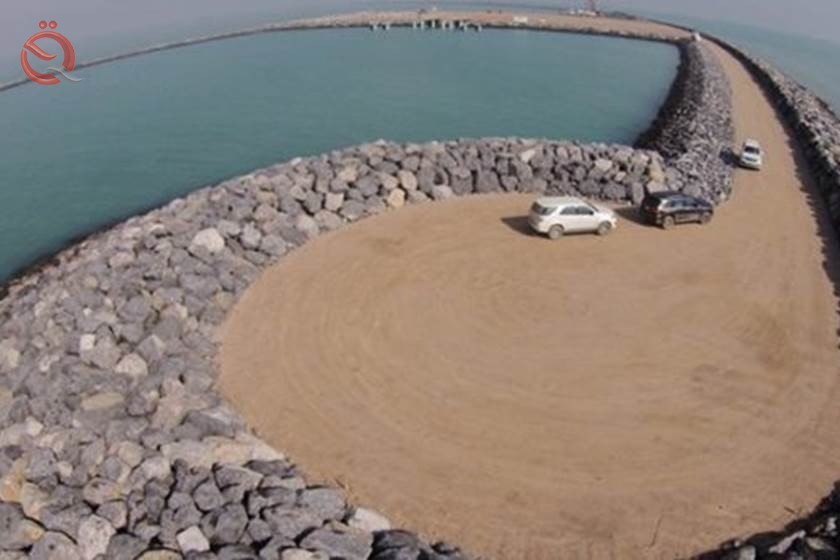 Economy News Baghdad
The General Company for Iraqi Ports signed a contract with a Korean company for the implementation of a number of infrastructure projects for the project of the port of Faw large 200 billion dinars, after the approval of the Ministry of Planning to launch the 400 billion dinars allocated to the project within the budget this year 2019.
The director of media company in the province of Basra and the Ministry of Transport, Anmar net in a statement quoted by the newspaper "Sabah" official and briefed by "economy News," that "was contracted with Daewoo Korean company to set up six projects for the basic infrastructure of the project of the large FAO, He pointed out that "200 billion dinars out of 400 billion dinars has been disbursed for the implementation of these projects, which include the payment of rock and roads between the ports of Faw and Umm Qasr, in addition to linking the port in a fast line under Khor al-Zubair to be linked to the public road."
He added that "the release of these amounts was with the approval of the Ministry of Planning, as it will be calculated on the budget within the investment plan in the budget for the current year 2019, in addition to the authorization of the Ministry of Transport the authority to implement and disbursement taking into account the commitment to the specializations and powers of this project to allow speed and accuracy in completion, Noting that "the cost of setting up the first phase of the project of the port of Faw is about 4 trillion dinars."
It is worth mentioning that the 8 km and 200 meters east-west breakwater, carried out by the Greek company R Cordon, and the 16 km long Western Kasr, carried out by Korean company Daewoo, Six, as the first launch of the project was the signing of the contract on the implementation of the East Alkasr and direct in 2013.
The project is implemented in four stages as needed and the availability of funds or the desire of investors and is currently focusing on the first phase.

Page 1 of 1
Permissions in this forum:
You cannot reply to topics in this forum
Who is online?
In total there are 115 users online :: 2 Registered, 0 Hidden and 113 Guests :: 2 Bots

» Planning: The 2021 budget will activate revenues from taxes, ports and production sectors

Yesterday at 7:54 pm by kenlej

» Cathy O'Brien: "Our Media is Controlled by Criminals in our Government"

Yesterday at 7:33 pm by kenlej

Yesterday at 1:24 pm by GirlBye