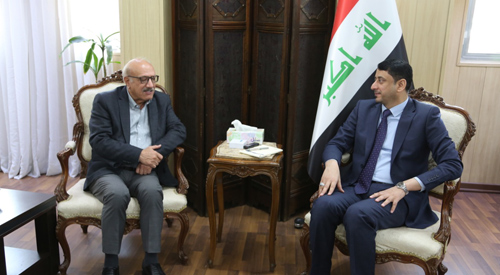 The Secretary-General of the Council of Ministers, Mr. Hamid Naeem Al-Ghazi, called on the Bar Association to adopt initiatives that serve the society, protect the rights of citizens and promote the status of lawyers in Iraq.

The secretary-general said that the profession of law is one of the most important functions in public life, because it mixes the humanity of its profession and its legality, while maintaining its integrity, stressing that the lawyer is obliged to preserve the secrets and rights of the people.

He added that the organization and management of the state is operating in accordance with legal frameworks, and expressed full support for the Bar Association.

Page 1 of 1
Permissions in this forum:
You cannot reply to topics in this forum
Who is online?
In total there are 105 users online :: 2 Registered, 0 Hidden and 103 Guests :: 2 Bots