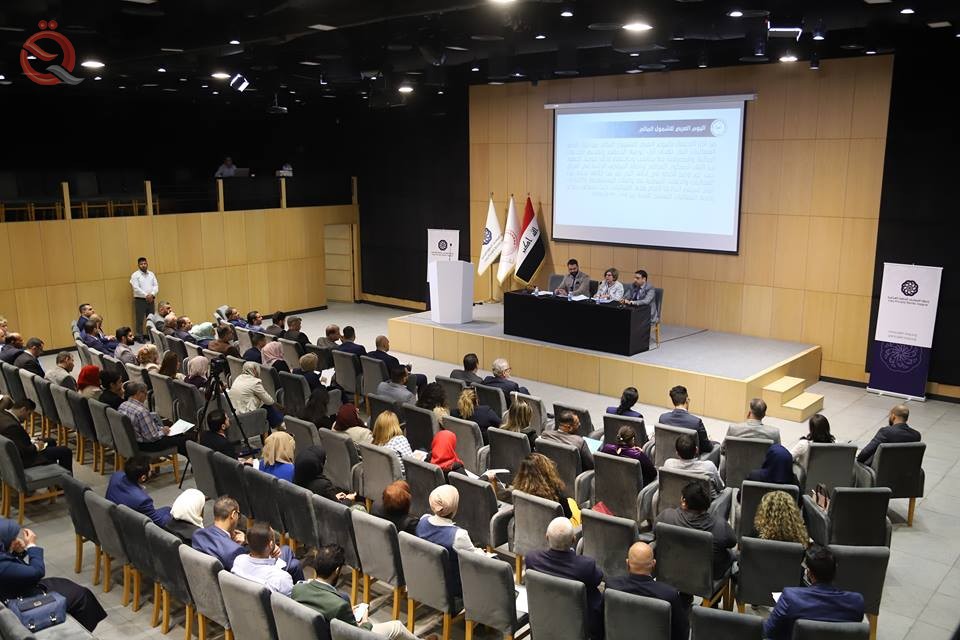 The Association of Iraqi Private Banks on Thursday held a preparatory meeting for private banks, financial payment companies and the Central Bank of Iraq on the day of financial coverage, which starts on April 25, while the meeting was held at the station building in central Baghdad.

At the beginning of the meeting, the Executive Director of the Association Ali Tariq welcomed attendance, stressing that the role of private banks is the most important and the largest on the occasion of the day of financial inclusion, in addition to the support of the Central Bank of Iraq.

He pointed out that the reason for the establishment of financial inclusion is to address the weakness of the public in the banking culture, pointing out that this year will see an increase in access to more provinces by adding the Kurdistan region of Iraq and the province of Basra, as well as intensify the exhibitions in Baghdad.

The executive director of the Association noted that this year will see the establishment of a prize for the best bank participating in the day of financial inclusion, in order to motivate the rest of the banks to provide the best they have.

For her part, the Assistant Director General of Payments Department at the Central Bank, Iman Adnan, said that the award will be given to the bank to be the banking awareness department in the winning bank, calling to go to groups other than students, such as women.

There were interventions by representatives of banks and inquiries and views on financial inclusion.

For his part, Deputy Executive Director of the Association of Iraqi private banks, Ahmed Hashemi during the meeting to get down to the street and target the public is not familiar with this concept, pointing out that the lack of participation of private banks in the provinces will be a negative indicator.

There were also interventions by banks, including ideas and proposals to serve the day of financial inclusion, and included the use of ministries as a target group in order to spread the culture of localization of salaries.

It was agreed that next Sunday will be a date for a second meeting with private banks for the purpose of providing banks proposals for their activities to the Central Bank on the day of financial coverage, which starts on the twenty-fifth of this month.