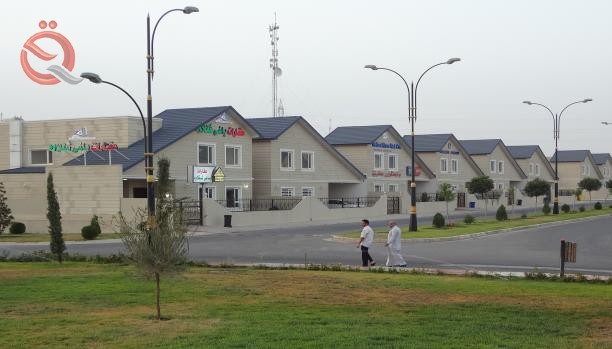 Economy News Baghdad
The Kurdistan Region Investors Union revealed a sharp drop in investment during the past two years, affected by the economic and political sanctions imposed by the central government in Baghdad on Erbil following the September 2017 separation referendum, the closure of Iran and Turkey to land borders and the suspension of flights, Of the budget, as well as the war against the organization of "dashing."
Yassin Mahmoud, spokesman for the Union of Investors in the region, said in a press conference last Monday that the Kurdistan region has witnessed since 2006 the granting of investment licenses in several sectors exceeded more than 70 billion dollars, but the value of investments that have been granted licenses and stopped up to about 14 billion dollars.
"The objective of these statistics is to make it clear to the new government in the region to learn how to deal with the investment situation," Mahmoud said.
He pointed out that among the reasons for the decline in investment in Sulaymaniyah, the closure of the international airport in the province, resulting in significant losses in the transport, tourism and housing in particular.
Since the US occupation of Iraq in 2003, the Kurdistan region of Iraq has become a major attraction for both Iraqi and foreign investors because of the stability in the region and the granting of large facilities in the sectors of housing, energy and tourism, but the entry of Erbil on the line of direct combat against what is known as " , And the escalation of terrorist threats adversely affected investment in the region.
The investment was also affected by the referendum on the separation of the region in September 2017 from Iraq and the subsequent economic and political sanctions imposed by Baghdad on Erbil, coinciding with the closure of Iran and Turkey to the land border with Iraqi Kurdistan and the suspension of flights.
In addition to the sanctions, Baghdad launched a military campaign in which control was taken over the province of Kirkuk and about 20 other towns were controlled by the Peshmerga forces, as well as the reduction of the central government in Baghdad, the share of the province in the budget of Iraq from 21% in 2015 to 17% in the budget of 2016, 12.7% in the following year and then to 12.4% in 2018, based on population ratios in Iraq.
"The first reason for the decline in investment in Kurdistan is in the crisis of the referendum and the subsequent political and military crisis on the region and problems with neighboring countries such as the closure of borders and airports," said Saad al-Nayel, an adviser to the Iraqi Stock Exchange. Baghdad imposed an air embargo on the region, all of which are negative signals to the owners of funds.
He added that "the improvement of security in Baghdad and other areas in Iraq and the restoration of the provinces of the north and west from the grip of Dahesh, pushing part of the investors' funds to these regions instead of the region, in addition to the decline in the number of displaced to about 3 men and moved the housing sector specifically where they were built Hundreds of residential compounds. "
"The injection of investments has become an adventure because the situation around us is unstable," said Shirzad Khurshid, an agricultural investor in Erbil.
"Investment is currently very good in the transport and energy sectors, then tourism later, while housing, commercial centers, industrial facilities and others are risk-free and can not be taken," Khurshid said.
He predicted that the recession will continue until the political situation stabilizes, and the government gives new facilities and reassurances to the investors and the return of the Turkish businessmen, who withdrew a while ago because of the situation in the region after the referendum on secession.
Source: The New Arab