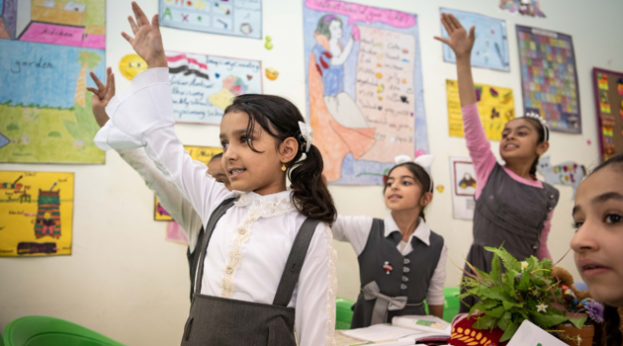 The Government of Norway is supporting the United Nations Development Programme (UNDP) with an additional NOK 25 million (approximately USD 3 million) for stabilization in Iraq, bringing Norway’s total contribution since 2015 to USD 36 million, the seventh largest donor to FFS.
The fund will be directed towards UNDP’s Funding Facility for Stabilization (FFS) which finances fast-track initiatives to stabilize areas liberated after the fall of Islamic State of Iraq and the Levant (ISIL)
Acting UNDP Resident Representative for Iraq, Mr Gerardo Noto, said:
“Although much progress has been made, we still have a long way to go in stabilizing parts of Iraq devastated by ISIL. At this stage, more than 4 million people have returned to their homes. This is good news, but a lot more needs to be done, particularly in areas like western Mosul and the Ninewah Plains. Norway’s contribution will help us to accelerate our work in these areas, and we are very grateful for this support.”
The Norwegian Ambassador to Iraq and Jordan, H.E. Mrs. Tone Allers, added:
“As Iraq is entering a new phase, Norway remains committed to support the efforts to ensure long-term stability and growth for all Iraqi citizens. Since the initiation of UNDP’s Funding Facility for Stabilization, we have seen that the projects are yielding results on the ground, rehabilitating important infrastructure and restoring basic services in Iraqi towns and cities affected by ISIL’s takeover. With this additional contribution to FFS, we hope to contribute to improving conditions for the safe return of the more than 300,000 families still displaced from their homes.”
(Source: UNDP)

Page 1 of 1
Permissions in this forum:
You cannot reply to topics in this forum
Who is online?
In total there are 50 users online :: 1 Registered, 0 Hidden and 49 Guests :: 3 Bots