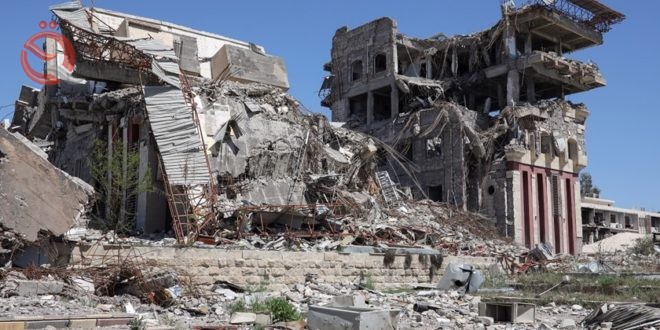 The destruction of Mosul University

The Commission for the Reconstruction of the affected areas in Mosul, on Wednesday, the allocation of 10 million dollars from UNESCO to reconstruct the University of Mosul in full.

"During the recent Paris conference, UNESCO allocated about 10 million dollars as a grant for the reconstruction of the University of Mosul and includes the Faculty of Arts and Sciences as well as the Unit of Oriental Studies and Laboratories," the head of the committee, Mzahim Al-Khayat, told Al-Sabah newspaper.

"The reconstruction will begin in the coming days with the participation of Iraqi and foreign companies."

"The events in Mosul are of concern to humanity as a whole and the return of the city as a meeting place for many cultures and civilizations," UNESCO Director General Audrey Azoulay told a conference in partnership with the Iraqi government in Paris. "He said.

She pointed out that they moved to reconstruct the most important features of the city, especially the Grand Mosque of Nuri, noting that "UNESCO aims through the reconstruction of Mosul this year to draw attention to the humanitarian side of the city as well."