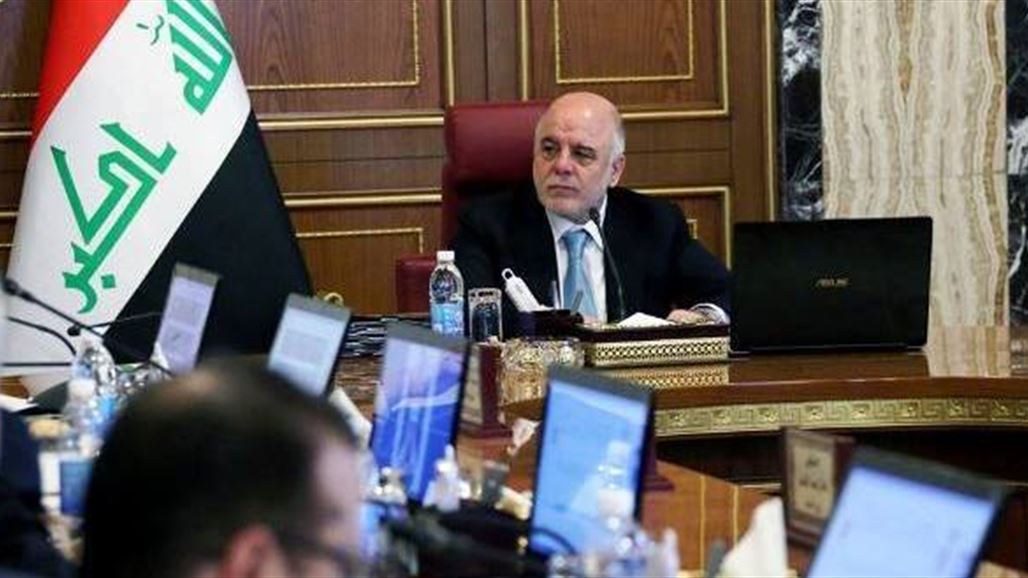 Alsumaria News / Baghdad
The Council of Ministers decided on Tuesday to release financial dues to the provinces from the beginning of 2018. He also voted on a draft law regulating the establishment of fruit, vegetable and animal sales complexes to help farmers and farmers. "The cabinet held its regular session Tuesday under the chairmanship of Prime Minister Haider al-Abbadi, and an extensive discussion was held for the maintenance of projects, water parks, internal networks, carrier lines and emergency work," the

office of Prime Minister Haider al-Abbadi said in a statement.

He added that "a number of decisions and directives have been taken, including the release of financial dues to the governorates from the beginning of the current fiscal year 2018 and the release of dues to the Ministry of Construction, Housing and Municipalities and public works related to the maintenance of projects, water parks, internal networks and carrier lines.

According to the statement, "the draft law regulating the establishment of fruit, vegetable and animal sales complexes to assist farmers and farmers in the marketing of their products, and voted on the establishment of the Iraqi Trade Bank TBI to extend the appropriations contained in the letter of the Ministry of Planning No. 3/1/19899 dated 4/9/2018 until the end of its implementation and this does not entail any additional costs.

Similar topics
» Nineveh decides to disburse financial dues to 4000 beneficiaries
»  Iraq decides to pay the payment of dues group diamonds equivalent to black oil
» The Council of Ministers decides with its 35 approval of the draft law on economic reform
» The Council of Ministers directs the release of financial dues to the provinces and the disbursement of emergency payment
» Live: Massive explosion shakes Lebanon's capital Beirut