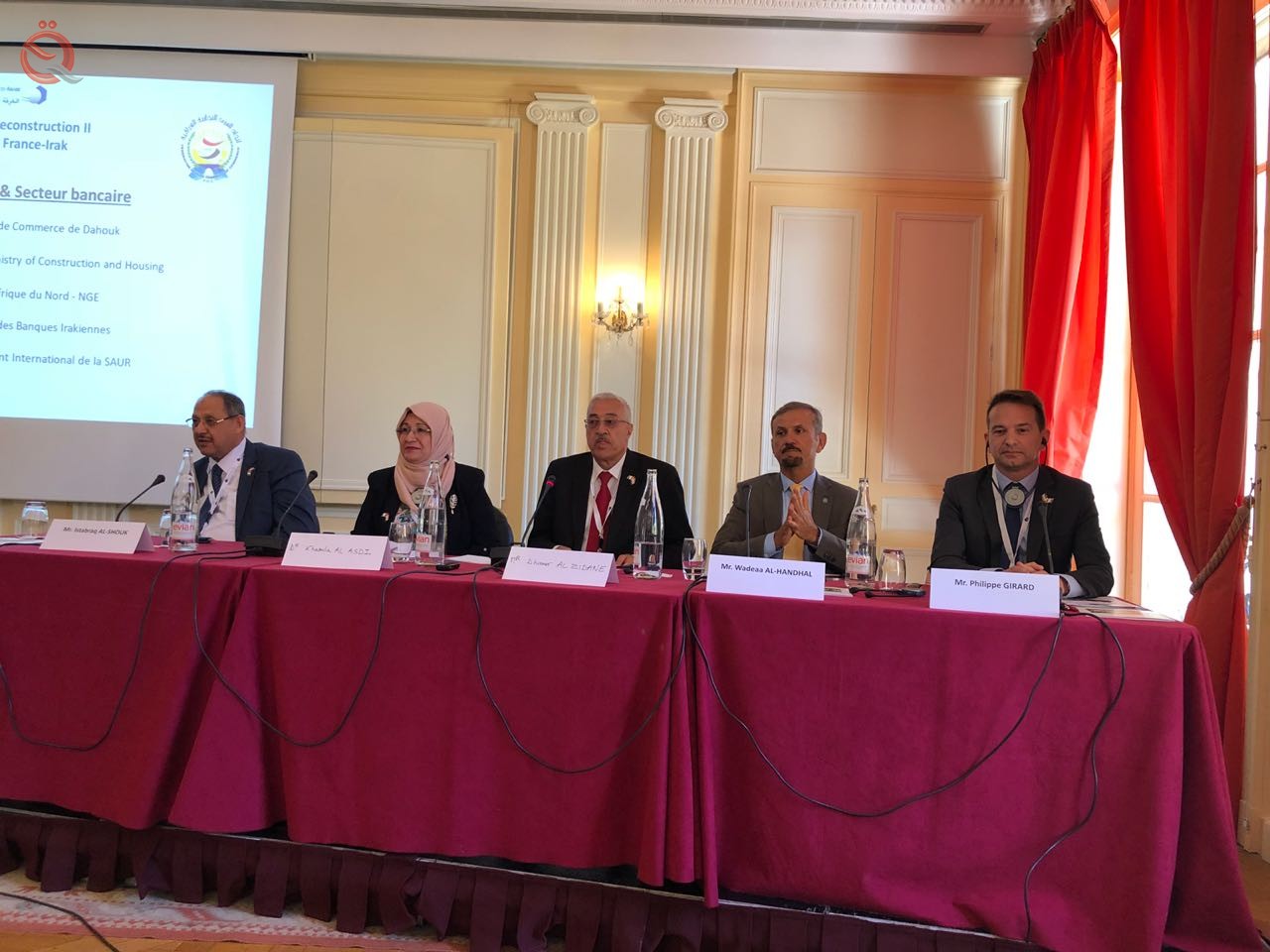 The conference was attended by the President of the Association of Iraqi Private Banks Wadih Al-Hantal, the Secretary-General of the Arab-French Chambers of Commerce Dr. Saleh Al-Tayyar and the President of the Federation of Iraqi Chambers of Commerce Jafar Al-Hamdani and Undersecretary of the Ministry of Construction and Housing Astbork thorns and Director General Rafidain Bank Dr. Khawla Asadi.

Head of the Association of Iraqi Private Banks, Wadih al-Hanalal, said during the opening of the conference, which was attended by "Economy News", that "the conference is a key to closer Arab-European relations, especially French," adding that "the Arab Banks Conference, which will start on Wednesday in Paris, Will be the announcement of a very important message directed by the Iraqi banking sector to European banks to open the prospect of dealing with correspondent banks.

He added that the Iraqi banking sector working in the country of 70 banks spread throughout Iraq as well as Arab and foreign banks, "noting that the Iraqi banking sector has achieved great success over the past years in addition to the launch of social initiatives aimed at participating in the reconstruction of Iraq, Baghdad "to rehabilitate 20 squares in the capital Baghdad."

Page 1 of 1
Permissions in this forum:
You can reply to topics in this forum
Who is online?
In total there are 51 users online :: 0 Registered, 0 Hidden and 51 Guests :: 3 Bots