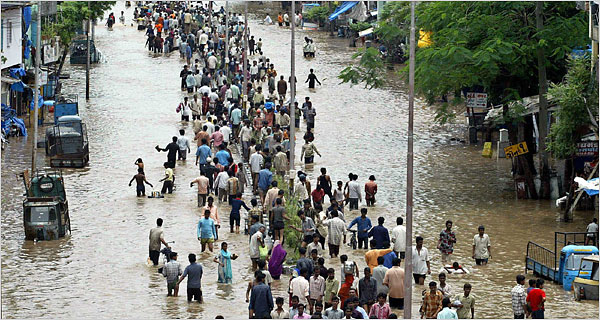 There's going to be some difficult meetings with our shared Maker coming up for politicians, bankers, elites, sovereigns and wealth keeping Elders as humanity is responsible for the two dozen plus deaths in Houston.

Our inability to surrender to God's Will has delayed the RV, and permitted this last ditch effort by the cabal to stop progress.

Ego, pride, greed and ignorance have all played a role.

The currency community was long ready to help any natural disaster anywhere. But we don't control the RV, yet we are equal participants in the disbursal of these humanitarian funds that have yet come to pass.

Something ain't right. And the waiting is deadly.

We don't know how many highly dangerous attempts at cabal disruption have occurred to date, nor their severity, but we can see Houston underwater.

But far worse in this moment is what's happening over in India and Nepal where 1,200 have died this summer due to constant monsoon season flooding.

If currencies must now revalue so we can all be blessed, so to must our understanding and compassion for the world's poor if the true problems facing our world can be addressed and harsh burdens eliminated to heal the soul of the world.

So did the cabal cause the monsoons, and kill all of those non-Anglos in India and Nepal?  What about massive floods in China which has displaced over a MILLION Chinese in 2017!  Did the Asian grandparents show a lack of faith in saving their kin-folk?

A lack of compassion is causing the RV to stall?  Where is there a lack of compassion?  Have you seen the efforts going on in Houston?  No?  Maybe because you get your news from the MSM which will never show acts of compassion - because they destroy the narrative that we're in a race war (started by Obama/Soros).

So because currency holders didn't surrender to God's will (define that for us, too, would LOVE to hear your definition), the RV was stalled, and those same currency holders lacking faith are responsible for the hurricane and deaths in south Texas.  You're truly a disgusting disgrace for a human/angelic/alien/cabal being.

Well, lookie lookie...On the same day Feinstein told her constituents she was hopeful for Trump to change, Pelosi condemned Antifa, and Mueller is backing off (with 2 key team members resigning from his group).  Uh huh.  Why is that, Yosef?  Did you not see those tidbits?  Did your racist cabal handlers keep you form learning that news?

As more and more info comes out on who truly runs/operates The Clarion Calls website, Yosef will finally be ushered off the scene.  Might wanna get right with God, and quick.

Hey!  Yosef!  Check out those articles!  We've got Pelosi, WaPo, LA Times, The Atlantic, and several other left-leaning news outlets condemning Antifa - less than a week ago, they refused to do so.  Why?  Maybe because they're being added to the terror watch list?

You KNOW who fueled and funded Antifa, don't you Yosef?  Here's a hint: you think he's the RV Kingpin (ex-POTUS Obama).  Backed by Soros.  The SAME Soros who funded neo-Nazi uprising in Ukraine, which was supported by McCain.  The same Soros who financially bankrolled Macron, who has been an unmitigated disaster for France.

Meanwhile, Feinstein decided to give Trump a boost with her commentary.  Hmmm, how did that happen?

Meanwhile, the Mueller investigation has gone off the rails, dead ends everywhere, and several key members of his legal team bailing.  There are no high crimes for Trump, there are no misdemeanors for Trump, there are no treasonous activities for Trump, there will be no resignation or impeachment...but there ARE the aforementioned for several DNC operatives and RINO operatives.  It's another big reason why Mueller will fade into oblivion - but Yosef really has no clue about any of that, because he's more focused on getting his website up and running, so he can continue to lie for profit.

Above article highlights why Mueller will vanish with nothing on Trump/Russian collusion - he'd bring down the whole house of cards as it pertains to DWS, HRC, WJC, Podesta bros, Terry McAuliffe, and the murder of Seth Rich/conspiracy of Awan bros in trying to stop Wikileaks...Yosef is parroting the MSM narrative, because his intel is derived from the cabal

» Planning: The 2021 budget will activate revenues from taxes, ports and production sectors

Yesterday at 7:54 pm by kenlej

» Cathy O'Brien: "Our Media is Controlled by Criminals in our Government"

Yesterday at 7:33 pm by kenlej

Yesterday at 1:24 pm by GirlBye