Randy met with his attorney, Bobby Hutson, yesterday and IT DID NOT GO WELL. Randy said he immediately started discussing ‘his prison term’ and that upset Randy greatly. Said the attorney never questioned him about what or why or anything in the GJ transcript that he and I had been discussing in preparation of his meeting…..only that the attorney wanted to discuss the # of years he will likely serve. Randy told him he did not want to hear that and would not listen to it, that he was FIRED unless he wanted to discuss the true facts of the matter and become educated in the matter, so that he could properly represent him as he was expected to do; that he was not there to help represent him, he was there to put him away for accessing his own funds. Randy said the attorneys face turned beat red, said he could not fire him that the Judge would not allow it. Randy told him the meeting was over. Now……when his attorney returned/returns to his office he will find that I have left him the filed documents! Will that change his attitude or anything about the case I wonder.
**beet red
*****************
>>>TNTBS's YouTube Channel<<<

It sounds like all the attorneys that are involved in these matters don't want to get involved with the nonsense and shenanigans...
***************** 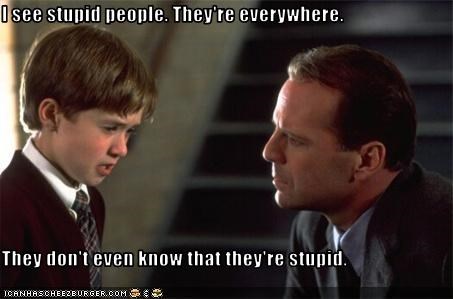 Page 1 of 1
Permissions in this forum:
You cannot reply to topics in this forum
Who is online?
In total there are 129 users online :: 2 Registered, 0 Hidden and 127 Guests :: 2 Bots