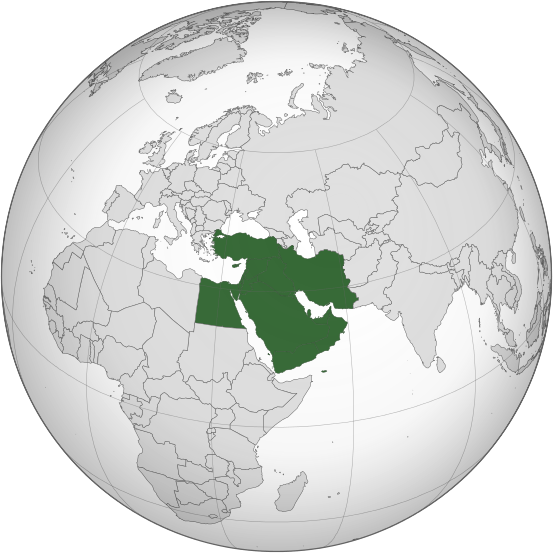 Often the most historic moments in our lives are mundane.  Massive events happen as if by default after the silent accumulation of decades worth of blood, sweat and tear effort that finally comes into physical manifestation in a blink.

Today was just such a day.

Today 15 members United Nations Security Council voted unanimously to approve a nationwide Syrian cease fire.  On the surface, not big news.  But look a little deeper and your jaw will drop, taking your breath away with it.

This last UNSC resolution was China and Russia's cherry atop a very old, very violent cake that tasted a lot like legal precedent for the entire Middle East peace process ... in perpetuity... and universally binding.

Russia, Turkey and Iran have now officially guaranteed Syrian boarder integrity and national sovereignty; while China has agreed to rebuild the nation via finance.  This after over four decades plus of fighting.

Together these core rebuilder nations represent the legal, moral and abundant leverage for all factions in the Middle East to now lay down their arms, once and for all, and get to the business of living in mutual peace and prosperity.

So if you have been waiting for the RV to begin, and those pesky 800#s to finally release, what you really have been waiting on is for international legal precedent to be set as the foundation for world peace, which miraculously was adopted today at noon by the United Nations Security Council officially on Saturday December 31, 2016.


The reasons are complicated yet simple.

Syria had always opposed Israeli expansion going back to 1917 because they knew that after Palestine, Damascus  would be next.  They also knew Israeli would be fearless when it came to occupying other nations for their land--just ask Jordan who once controlled the Palestinian Authority.

Initially, the Arab nations fought Israeli's forced expansion together in Palestine and on many fronts, including the Syrian hillside military post known as the Golan Heights.

Hebrews and Arabs signed a truce and agreed and make the West Bank a neutralized military buffer zone.

Israel later decided to expand again and took military control of the entire West Bank, Gaza and the Golan Heights, which technically began Israeli expansion into the sovereign nation of Syria.

Current Syrian President Bashar Assad, son of Hafiz Assad, was a doctor by education who took power over from his father in 2000.  Meaning, the Assad's have been fighting against Israel, international pro-Israeli nation states, Mossad/CIA forces and Rothschild funded Islamic radical terrorists since 1971 when Hafiz Assad first took power in Syria.

So make no mistake the Syria cease fire resolution that passed today at the UN is really a binding truce between all the pro-Arab nation states and pro-Israel nation states ... which results in Middle East peace.

Plus, the UN resolution last week declaring America's two state solution scenario between Palestine and Israeli an absolute final position, means even a new US Administration cannot reverse a United Nations Security Council resolution vote--which brings us to an entirely different post about the Trump facade coming to end on January 6, 2017 when the electoral college vote is officially counted... but let's save that post for after the new year and give President Ryan and Vice President Dunford a few last days to relax before a political Tsunami starts in Washington.

Geopolitically, Israel is now cornered, and if it does not accept all these internationally recognized legal resolutions, the Knesset will force a referendum vote on the two state issue in order for the sovereign nation of Israel to remain apart of the new gold backed financial system emanating out of Beijing, which they signed as enforceable treaty through the 2015 Paris Agreement on Climate Change.

This makes BiBi Netanyahu the poster child for the politically walking dead--because America has now abandoned Israel as a military protector, and the Obama Administration went ahead and signed a 10 billion dollar, 10 year military budget extension for Israel--which truthfully is clever buyout from American military and diplomatic support for all future Israeli affairs.

No doubt American removal form all critical Israeli agendas is the decisive death blow to future Israeli expansion plans.  In fact, they'll have to walk back their sovereign boarders to 1967 lines--also agreed to per voted and passed resolution by the United Nations Security Council.

The American public would of course then demand not only immediate financial removal from all things Israeli, but a possible military response.

Over night, Israeli would loose US Congressional political protection that they have cultivated for decades since their 1948 announcement of being a sovereign nation state... acknowledged by President Truman on May 14, 1948.

So technically the legal precedent necessary for world peace includes both the Israeli/Palestinian two state resolution & Syrian cease fire resolution--as these two internationally enforceable agreements surround Israeli militarily and diplomatically, while at the same time forces all pro-Arab factions in the Middle East to recognize Israeli as a true nation state.

All go or none go per the Chinese Elders.  Making January 1, 2017 the true internal back wall for the GCR/RV.

Incredible just to see this happen in our lifetimes--but so hard to recognize unless you understand the history and hidden in-going global negotiations--including how the RV was always being used as a weapon against every nation of the world to remain both loyal and in peaceful in diplomatic and military compliance negotiations.

No wonder there were so many "false start times" because if the RV rolled out and your nation was still at war, meaning left behind, your nation's entire population and future of your country would in an instant be 100% left out!  Wow!  Talk about hard core deal making at its finest.

So the Obama Administration wasn't punishing Israeli interests at all, rather they were protecting them from a possible Arab annihilation in order to preserve the safe haven of a Hebrew homeland less some meaningless land to its western boarder and yes control of the Old City of Jerusalem which stings... but think of the alternative.

Because all fighting between nation states globally must cease before any nation will be allowed to participate in the new Chinese based gold backed financial system per a GESARA mandate.

This was done by decree of the Chinese Elders who control the global collateral accounts which is basically are humanity's untouchable trust(s) savings accounts now being released to the world.

The nations of Syria, Israeli and Palestine were the last remaining nation states in conflict, and thus these final two UNSC resolutions have set legal precedent for all conflicts in the Middle East and globally to resolve and be enforced moving forward.

With this global consensual understanding now legally in place, we suspect the Elders now feel they have the structural reforms in place needed to release the financial framework that has long been in place.

Thus to follow only the banking, or only the politics, or only the military in terms of predicting RV release timing, was an incomplete and ultimately disappointing strategy.  Again, complicated but simple if you understood the whole picture which no one in civilian clothes did out of the gate.

Now with all the big geopolitical rocks in the proverbial legal precedent jar, it means all currencies and bonds can be redeemed and the RV can begin in earnest starting in 2017, which officially begins at midnight in Hawaii tonight or 6am EDT Sunday 1.1.17.

Also, it's just so much easier for accounting purposes to start processing transactions in a fresh new year, as well as track all future transactions of which there will be many given the scope of funding supporting economic growth post GCR/RV.

Turns out the truth at the end of day is far more powerful than any modern foe in the digital age.  No more shadow government secrets can be kept or maintained, let alone grown or expanded upon.

Quite a journey for everyone to get here I know.  Many scars are showing, many more are hidden as together we endured this process some more gracefully than others.  All suffered.  All sacrificed.  Sadly, not all will redeem.  But if you think about the next long walk together, you'll smile thinking about the disbursal of this benevolently gifted wealth, as there will be no rest for the weary because there will be no end to the peace, prosperity and healing of the planet and species.

What an astounding time to be alive and utterly amazing moment to witness with grace and appreciation.

Page 1 of 1
Permissions in this forum:
You cannot reply to topics in this forum
Who is online?
In total there are 92 users online :: 1 Registered, 0 Hidden and 91 Guests :: 1 Bot