WE WERE CLOSE ON TUESDAY, BUT ARE CLOSER TODAY. REDEMPTION CENTERS ARE STAFFED. POSSIBLE GO TIME TONIGHT.  ADMINISTRATIVE HOLDS, UP TO 40 PARTS, NEEDED TO BE RELEASED. ALL WERE RELEASED YESTERDAY, AND NOW WE ARE IN A POSITION FOR NOTIFICATIONS TO COME OUT AT ANY MOMENT.

BANKS ARE READY, SECURITY IS INCREASED, RAGE ON THE CITIES PLANNED FOR TOMORROW THE AUTHORITIES KNEW ABOUT BACK IN APRIL, AND WILL PROCEED WITH SAFETY AND CAUTION.

TIMING, MAYBE NEW UN OPERATIONAL RATES ARE BEING SETUP FOR TOMORROW.  NO GREAT FANFARE, NO GREAT ANNOUNCEMENT, JUST A FLIP OF THE SWITCH.

We are in a very good place... On Sunday, Iraq was celebrating all over the country like it was the 4th of July. They were celebrating RV in country.

They did show a new rate that was effective... it was going up from that point, not...locked in at a particular rate right now.

Their cards have been charged for about a week again with a new rate...   This is bigger than we thought 10 to 12 years ago.

We were thinking it come back with a rate of 3.22, somewhere in that range.  We know it will be higher in country because they have resources in country, oil, gold, diamonds...plenty of assets.


GCR of all the currencies in the world are under a new system. The banking system has been active for about a week. That swift system may stay around for about 100 days. The Cips system is much faster.  Do we have an RV? YES. The RV took place for us on the 7th of July...

Everything that needed to be done in certain parts of the country were done. All poised to begin what we are looking for which is the release of notification.

The banks are ready which they have been ready. We really now to have happen is the very latest admin hold removed and the notification...to come out. That is really how close we are.

Liar! Where is the hard news? There is none, the only celebration going on is those who survived the latest round or terror attacks quietly celebrating their luck.
*****************
Trust but Verify --- R Reagan

He's pumping people to buy his products and that is all. He keeps them on the edge of their seats so that they keep coming back for more! He needs to pay off these high debts that he seems to have accumulated.

These debts are NOT small! :winky winky:

I believe in you Bruce.Keep up the good work.Just let me know when it gets to $32.

He is right, one of my operatives managed to sneak a camera into a call center and got a picture out to me: 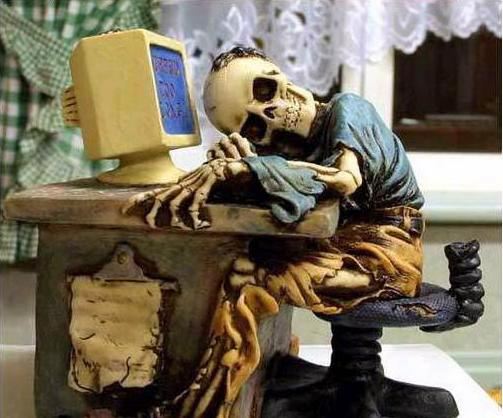 Bruce is still playing his silly game of the RV happening tonight/tomorrow after all these years...

Page 1 of 1
Permissions in this forum:
You cannot reply to topics in this forum
Who is online?
In total there are 207 users online :: 3 Registered, 0 Hidden and 204 Guests :: 2 Bots

Most users ever online was 2065 on Mon Apr 09, 2012 5:34 pm
Latest topics
» Turning the country into another Lebanon, a report revealing the militia’s plan to take over Iraq

» Legal expert: Money smuggled abroad can be recovered through the 2005 Money Laundering Agreement

» An economist warns via NINA against devaluing the dinar against the dollar ... and stresses: The reduction will increase the poverty rate

» Ministry of Finance: The Financial Reform Paper is a step towards a diversified and integrated economy

» A responsible source in the office of the head of the State of Law coalition: Al-Maliki will head the coalition candidates in the 2021 elections within the governorate of Baghdad

» Governmental advisor: More than 6 thousand stalled projects at a cost of 100 billion dollars

» Allawi admits the difficulty of handling the financial crisis

» Al-Kazemi: We are determined to overcome the wrong financial policies