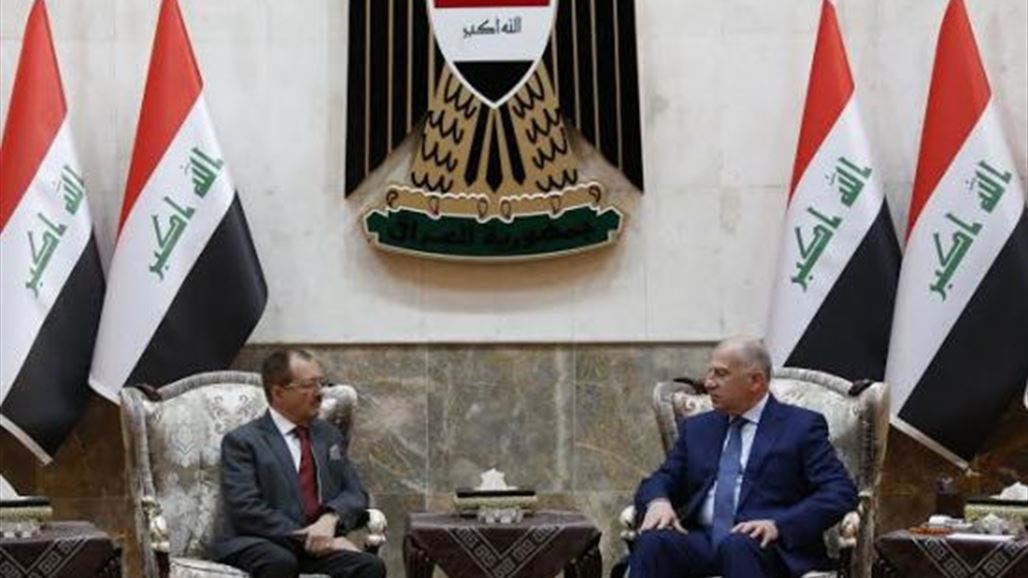 Alsumaria News / Baghdad
The head Muttahidoon Osama Najafi, Monday, to find solutions to ease the "tension" and restore the House of Representatives to exercise its role solutions, as expressed Assistant Representative of the Secretary-General of the United Nations in Iraq for "concern" of the international community regarding the potential impact of the political situation is "stable" on the war against "Daash."

Nujaifi said Office said in a statement Alsumaria News received a copy of it, "Prime Muttahidoon Osama Najafi received, today, Georgi Posten Assistant Representative of the Secretary-General of the United Nations in Iraq, was at the meeting discuss and debate the political situation, particularly with regard to the convening of the Council of Representatives and developments change of government. "


The statement added that "Posten expressed concern to the international community towards the possibility of the impact of unstable political situation on the military efforts to organize anti Daash terrorist."

He stressed Najafi, according to the statement, "the importance of the Council of Representatives, and the need to reach solutions that will ease the tension and bring the Council to exercise the legislative role and oversight," pointing to "the importance of the role of the Federal Court in the accelerator in the decision to terminate discussions of the various parties."

He stressed Najafi, the "real reform that exceeds the logo to the achievement agreed with the desire of the people and their aspirations," noting that "this is through a true partnership and the contribution of partners in pushing the reform process away from exclusivity and the search for narrow gains."

And witnessing the Iraqi political situation strained evolution after demanding the replacement of the current ministerial cabin another technocrat, high ceiling demands to include the change of the three presidencies, to be then just replace five ministers and the postponement of the parliamentary session, which was dedicated to changing the entire cabin due to lack of quorum, prompting protestors angry to break into green Zone and the parliament building, and sit Square celebrations center of the capital, before the committee supervising announce the sit-ins to withdraw from the region.