The New Investment Scam Sweeping the Country – Buying the Iraqi Dinar
Sadly, everyone from Armed Service men and women, civilians, contractors and unwise investors are buying into this scam without understanding the real risks.

The Iraqi dinar “investment” opportunity is a scam that has been around for a few years and has recently been regaining much of its former popularity. The opportunity is pitched as a way to profit from a nearly worthless Iraqi dinar that are “sure” to appreciate in the future.
The scammers promise that millions of dollars in profits are virtually guaranteed if you buy the dinars at today’s values (about 1,000 dinar to 1 US Dollar) and then exchange the dinars back for dollars at a later date once the dinar exchange rate has improved.

Learn more about this pervasive scam in the Kindle version of our book The Iraqi Dinar Scam: Why Buying the Dinar is for Dummies.

There are, however, some fundamental problems with the Iraqi dinar scam that potential buyers should be aware of before they begin investing in one of the most illiquid currency markets in the world:

Lack of registration
It is illegal in the U.S. and most other major economies to market an investment without appropriate securities registration. The scammers get around this requirement in two ways.
First, it is technically legal to sell hard currency for its numismatic value. In other words it is possible to sell hard currency as a “collector’s item.” Second, some dealers will register with the U.S. Treasury as a Money Service Business (MSB).

Registering as an MSB is something that dinar dealers will do to put on the appearance of registration and government oversight. However, the difference between a legitimate MSBs and dinar dealers is that real MBS’ are not marketing an investment.

So ask yourself; if a business has to lie to get around registration are they really making a legitimate offer?

Dinars are sold on misleading hype
The potential value of an investment in dinars is often illustrated with references to what happened to the Kuwaiti dinar following the first Gulf War and the German deutschmark following World War 2. These would be good examples except that neither one was a free-floating currency at the time so the value was mostly a function of policy making and official currency management.

It is also a fact that no rational investor would base an investing decision on two instances of past data (one more than 60 years in the past) without considering all the times this investing strategy did not pay off.

Will the Iraqi government pursue a policy of currency appreciation in the future? Since an appreciating currency makes funding your brand new government and paying off past debts more expensive it seems unlikely. An economy in Iraq’s situation is more likely to experience a currency crash or intentional devaluation than a sudden and dramatic reflation.

In fact, more recent currency history would seem to show that it is more likely that the dinar will depreciate further in the near term. The fallacy that dinar dealers are relying on is that a growing economy will result in a stronger currency. That is not the case. As the recent examples of Venezuela, Turkey and Mexico show; a growing economy is as likely to be accompanied by an inflating (weakening) currency as not.

Many dinar dealers refer to the value of the Iraqi dinar prior to the 1990 Kuwaiti invasion (1 dinar = $3+ US Dollars) as evidence that the potential for the dinar is theoretically unlimited. They don’t mention that the pre-1990 dinar has been demonetized (worthless) and that its value was arbitrarily set by an autocratic regime led by Saddam Hussein. Following the embargo, the ability for the Iraqi government to manage its currency’s value collapsed and it spent the next 10 years at 2,000 – 3, 500 dinars to the U.S. Dollar.

Learn more about the misdirection dinar dealers and pumpers employ by comparing the Kuwaiti dinar to the Iraqi dinar in The Iraqi Dinar Scam: Why Buying the Dinar is for Dummies.


Investment risks they won’t tell you about
Assume that you are determined to “invest” in dinars despite the shadowy and misleading dealers you will have to work with. You should be aware of the following risks. It is unlikely that you will hear these from a dealer and if you are still determined to invest in the dinar at least you will be more fully informed.

1. Liquidity
There is currently no active market for dinars. You can buy them but can you sell them? We surveyed several dealers and found that the difference between what you can buy dinars for and what you can sell them for is approximately 20%. This means that the dinar will have to appreciate by at least 20% before you could sell the currency back at break-even. It is worth noting that since the new dinar was introduced after the U.S. invasion it has only appreciated about 23% total.

2. Currencies with extremely low values are often redenominated
It is quite common for countries with currencies that have very low values compared to other currencies to redenominate their existing hard currency and issue new currency with new values. For example, the Venezuelans, another oil economy, redenominated the bolivar (trading at 2,150 to the USD) in 2008 and allowed currency owners to exchange 1,000 of them for 1 new bolivar.

The new bolivar now trades at 2.15 to the USD. This redenomination process has been done over and over again in modern history. One of the risks here is the process required to get your hard currency dinars exchanged for potentially a second issue of new dinars at a new value. If there is an extremely illiquid market today there is likely going to be one then as well. It may be something that can only be done in Iraq which could make the process extremely expensive.

Learn more about the differences between a redenomination and a revaluation in The Iraqi Dinar Scam: Why Buying the Dinar is for Dummies, and see why the Iraqi dinar is more likely to be redenominated than revalued.


3. Inflation
Currently the Iraqi Central Bank is reporting inflation rates that vary, depending on the month, from -4% to +8%. If the government and economy become more unstable than they are at present, those inflation rates could skyrocket. Hyper-inflation destroys the value of hard currency. By the time the Turkish government revalued in 2008 the lira had inflated to 1.5million lira to the USD.

The bottom line is that this is an investment opportunity marketed by unregistered advisors to mostly unsophisticated currency investors. No risks are disclosed and past information is fabricated or modified to make the opportunity look better than it really is. This investment is a gamble at best.

Re: The Iraqi Dinar Scam

It's a really good thing you do shining the light of truth on all this here.
:yes: 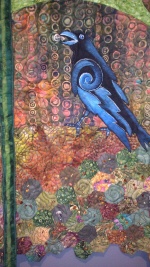 Re: The Iraqi Dinar Scam

Sometimes it can be an uphill battle, but that is what we are trying to do.....  Expose the gurus and the places that help them spread their message.  And what they are doing really is a crime and should all pay for what they do.
*****************
>>>TNTBS's YouTube Channel<<<