Highlights of Tony's CC.  Updated as the call progresses -

DC is not on the call today.  His birthday is tomorrow. There will be a post in the Forum per Pam, "to give him a hard time."
Tony:  I think all the information is great.  Moving along faster than people think. . .fluid situation. . . pieces coming together.  The date was set for March 28th and then moved to the 31st.  Same time the deadline of Iran.   Was that needed for the RV?  NO!

CURRENT WINDOW:  Still telling people it's sometime this weekend for their currency to change value.  Tony: Our guy calls from Iraq and says every government agency is on high alert this weekend . . .  I am telling you exactly what I'm being told  . . . any min ... 2 hours . . . 2 days . . . anytime . . . the entire system is connected . . . banks finalized their plans, rates are there.  Waiting for the magic moment to announce it to the public.  Abadhi says he will do that this weekend.

IRAQ:  Still have different rates in various cities throughout the country.  Kuwait is exchanging dinar for 20 cents and people are leaving dinar and go there to exchange.  It's to get rid of the last 3 zero notes.  And in locations where there is no currency they are still using the USD.  Telling them the 25,000 note will be taken away and this has caused confusion.  Tony's intelligence source, who is in intelligence, says they get different stories and that causes additional confusion.

UNITED STATES: Tony says everybody sensitive and on edge.

EXCHANGING:  Tony said the criteria the banks are using for early exchanges maybe the customers who bought currency from them, as their records would tell the bank who that was.  $7500 is new limit to leave the bank with following your exchange.

[size=16]
Tony:  Pam has a great idea for the best way to get on that list. If this does not happen over the weekend
and DC comes back on the call Monday, I will tell you Pam's idea. [/size]
Exchanging/Calculating ZIM:  A trillion dollar note with 6 zeros removed becomes 100 million.  Whatever the bank screen shows, 10 cents, 12 cents, etc. multiply times the 100 million.  EX:  100 million X .10 + $10 million.  Banks have investment opportunities:  To grow your money ask them about IPO's (initial public offerings - this is of companies going from private to public), business investments, annuities, other stock markets before they go public. Sterling Currency has an option on their web site for you to sell them your currency.   They can wire the money direct to you.  The government know what they are doing and has  [size=16]no issue with Sterling wiring large amount of funds.[/size]

CLOSING STATEMENTS:
TONY:  We started with three hour calls, three times a week, then got down to two hours and today a short call. It's Good Friday and people have things to do.  Pam wants to do a short call.  That's why we are doing a short call today. DC is taking care of some business.  Didn’t not want to do a call.  Did not want you thinking we got paid and were gone.  Everything is good and moving forward.   Everyone thinks something should happen over the weekend. No reason, I know of for it not to happen.  Everything is moving forward . . .hopefully over the weekend.  Everything has been accomplished.  Could be next couple of hours.

PAM:  Verbatim transcript will be up when Zebra girl gets it done.  Have a good Easter and be careful.

RAY:  Name this one, “finally going to see something Friday.”  Don’t know if you’ll see “IT” or not, but finally going to see something Friday.  Pay it forward, be cheerful givers.  All of you are going to do that.  There is a profound and long lasting way you can give.  Slow down.   Look into using the tools.  Those things you want to do from your heart.  There is a tool for a profound long lasting way.  From a song, “I just feel something good is about to happen, on it's way. I feel something good is about to happen.  Could be this very day.”

TONY:  It’s all good.  If they are paying people, means you should be coming up very soon. . . Our number is coming up.   Enjoy the rest of your day.  Happy Easter and Passover.  Hopefully I will speak to you over the weekend.  Nothing negative.  Nothing!  I don’t care what anyone else is saying.  I’m telling you, I’m in contact with each bank.  They are processing.  They are ready to go.  Informing more and more of their managers this is about to happen.  Telling them on TV, in the mosques.  Abadhi is traveling from province to province saying this is about to happen.
[size=16]I am still adding content - Sunny[/size]

THERE WAS YET ANOTHER SHEEPLE THAT WANTS TO KISS BOOTY, BUT I DIDN'T WANT TO POST YET ANOTHER VERSION OF THE CALL SO HERE ARE SOME EXERTS FROM IT....

T-- IF THIS DOESNT HAPPEN OVER THE WEEKEND I WILL TELL YOU PAM'S GREAT IDEA, THE BEST WAY WE FEEL FOR YOU TO GET ON THAT LIST... BUT ITS A SUPERSENSITIVE WEEKEND SO WE WILL WAIT UNTIL MONDAY IF WE NEED TO DO THAT....


T-- OUR GUY WHEN HE CALLED FROM IRAQ & HE CALLED TO SAY, "YES, ITS EASTER WEEKEND BUT I CAN TELL YOU EVERY GOVERNMENT AGENCY, THERE & HERE,  IS ON HIGH ALERT FOR THIS WEEKEND"... BECAUSE PEOPLE WILL BE OUT IN MASSES AND THE THINGS WE SEE IN THE NEWS

T-- I ALSO WANT TO TELL YOU TO BE EXTRA VIGILANT, THERE ARE A LOT OF CRAZY PEOPLE OUT THERE...(YA THINK SO CONMAN TONY!)

C-- GOING ANOTHER WEEK CHANCES ON THAT?
T-- I TOLD YOU WHAT THEY ARE TELLING THEIR PEOPLE, THIS COULD HAPPEN ANYTIME NOW... RATES ARE THERE, BANKS ARE CONNECTED, BRINGING IN THEIR PEEPS, DOCS ARE THERE.... ALL THE COUNTRIES ARE THERE, JUST WAITING FOR THAT MAGIC MOMENT TO MAKE THE ANNOUNCEMENT TO THE GENERAL PUBLIC AND ABADI SAYS HE WILL DO THAT THIS WEEKEND SOMETIME....
IF IRAN DEAL WAS HOLDING IT BACK THAT IS DONE NOW... WE CANT FIND OR THINK OF ANYTHING THAT MAY HOLD IT BACK... WE KNOW THE SYSTEM WORKS PEOPLE PAID AROUND THE WORLD... THE BANKS ARE ON STANDBY... WE ARE THERE, WE HOPE SOMETHING HAPPENS OVER THE WEEKEND... NOT WANTING TO GET YOU HYPED UP BUT WHAT WE HOPE
THERE ARE OVER 300 GROUPS THAT MADE DEALS FROM 50 CENTS UP TO 10 12 DOLLARS MAYBE THEY ARE BRINGING THEM IN? IDK, OR MAYBE ITS JUST PEEPS THEY HAVE ON THEIR LISTS ...
OVER THE LAST FEW DAYS PEOPLE I KNOW PERSONALLY AND DC TOO... I WONDER WHY THEY GOT TO AND WE DIDN'T? LOL BUT I KNOW THAT MEANS OUR NUMBER IS COMING UP... JUST AVERAGE PEOPLE GOING IN... BEING PROACTIVE BEFORE THE ANNOUNCEMENT IS MADE... GET THEM OUT OF THE WAY WHILE THEY ARE SITTING THERE DOING NOTHING MAYBE...
*****************
Leadership is a potent combination of strategy and character. But if you must be without one, be without the strategy. - Norman Schwarzkopf, Jr.

I wonder just what color the sky IS in his world, or if there is any color at all- This is so tiring-

The call was short because DC wasn't there to shield Tony from sounding fuckin stupid when people ask him non scripted questions. I bet Pam's idea has to do with making donations to The site for "running costs"

What I found amusing is that Tony is always talking about his super sensitive intel.  Today he said the verbatim notes are going to be published in the area available to the general public.  As he also pointed out....the area where you can donate.
*****************
>>>TNTBS's YouTube Channel<<<

Yes, Tony's number really is coming up.  Trial date fast approaching.  Wonder if they will let him run the chat from his cell?

Exactly, I wonder how many people opened this without seeing the YEAR. 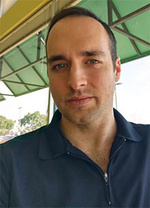 @Allenj wrote:HOLY CRAP THIS IS OVER TWO YEARS OLD IS THIS THE BEST anybody CAN DO come on

I think Nick was making the point that there has been no change in 2 years when he commented on it.  We know it was 2 years ago. And yet, nothing is different, nothing he said happened and nothing is changing.
:winky winky:
*****************
Tweet

Page 1 of 1
Permissions in this forum:
You can reply to topics in this forum
Who is online?
In total there are 91 users online :: 1 Registered, 0 Hidden and 90 Guests :: 3 Bots

Most users ever online was 2065 on Mon Apr 09, 2012 5:34 pm
Latest topics
» Parliamentary Finance: The coming days will witness an improvement in the dollar exchange rate