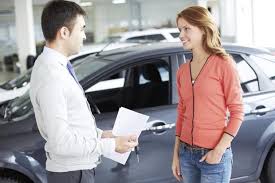 "The power is in the hands of the consumer," says Michael Caudill, auto expert and spokesman for NADAguides.com. A tightening credit market, the need for automakers to move metal, and some sizable government and automaker incentives are making it easier for buyers -- who have the money and the credit -- to make a deal.

Auto experts caution that while a reliable used car used to give buyers the most bang for the buck, that might not be the case today. "New cars with the compelling incentives being offered are, in a lot of ways, a better value," says Jack Nerad, executive editorial director of Kelley Blue Book, in Irvine, Calif.

But no one wants to leave any money on the table. So if you're buying now, here are 10 tips to help drive away with the best deal:

1. Bargain over the Internet. Sure, you show up to test drive the car, but you negotiate price and financing via computer. You can even have the vehicle delivered to your home or office and sign the paperwork there, says Philip Reed, senior consumer advice editor for Edmunds.com.
You'll save three ways. First, most Internet department salespeople are salaried and get extra bonuses based on volume rather than commissions based on the sales price, he says. That means they have the incentive to cut you the best price to move cars, he says. The average savings when you deal over the Internet is $1,000 to $2,000, says Reed.

Second, you avoid the dreaded financing and insurance, or "F and I," office. This is where buyers can encounter the add-ons and extra fees which threaten to negate whatever great deal they negotiated over the Internet or in the showroom, he says.

Third, you can shop and negotiate during moments when it's convenient for you. No killing time on a hard plastic chair while your salesman "wrestles" his manager for a better deal.

2. Pit dealers against each other. The object here is to start a bidding war for your business. Once you've determined which make and model you want, contact a handful of dealers via the Internet, tell them what you want and when you want to buy. Then ask for their best price, says Jeff Ostroff, chief executive of CarBuyingTips.com. Let them know you're talking to other dealers and plan to give the sale to whoever cuts you the best deal, he says.

"Think of it as reverse eBay," Ostroff says. "They're haggling over you."
Do your best to make it a true comparison. "Be very, very specific about the vehicle you want," says Chris Denove, vice president of J.D. Power and Associates in Westlake Village, Calif. "Color choices, options, etc."

And be very clear on what that price includes. What you want to avoid is a lot of fees tacked on later.
Do you really want to see how low they can go? E-mail 10 different dealers, says Eric Evarts, associate editor for autos at Consumer Reports in Yonkers, N.Y. After 10 quotes on the exact same car, the lowest of the 10 "is the lowest you're going to get," he says.

3. BYOF (bring your own financing). Get preapproved for your auto loan before you start car shopping. Apply to a handful of banks and several credit unions to see who can give you the best rate and terms.
Keep the applications within a 14-day period and all the loan applications will only count as one inquiry, minimizing the impact on your credit. Once you settle on a lender, that preapproval should be good for about 60 days, giving you plenty of time to select your car and close the deal, Ostroff says.

As with the car itself, shopping around nets you the satisfaction that you've gotten the best possible deal on financing. Then, after you've negotiated a price on your new vehicle, ask the dealer if he can make you a better offer on the financing.

4. Negotiate the vehicle price first. Car deals have a lot of moving parts these days: the price of the car, the credit for the trade-in, the financing rate and the incentives. "I would try and keep the different transactions separate in my mind," Nerad says. But he admits, "That's tough to do."

To make your best deal, focus on only one part at a time, starting with getting the best price on your new car. Only after you have that in writing do you start talking about incentives which would be subtracted from the negotiated price, or the trade-in, or the financing, says Reed. What you don't want is the money you saved on one part of the deal added on somewhere else.

5. Realize that everything is negotiable. Many times, add-on fees are preprinted on auto sales contracts, says Ostroff. The not-so-subtle message to buyers: This is a fixed cost and non-negotiable.
Wrong, Ostroff says. In reality, everything is negotiable, and smart buyers know it. Preprinted numbers can be crossed out, or an equal amount can be subtracted elsewhere on the same form.

You can get some great information on sites like Edmunds.com, ConsumerReports.org, KBB.com, NADAguides.com, CarBuyingTips.com and JDPower.com. Edmunds has a "true market value" feature that reveals what buyers are paying for the same make and model in their area and nationally.
One of the most powerful sources for information on incentives is the automakers own Web sites, says Reed.

"Become an expert in over three weeks or so," he says. "It can save you a lot of money."
You can also enter your chosen car model and "incentives" or a similar term into a search engine, Consumer Reports' Evarts says.

Because safety is important as a way to save money on insurance, check out the crash tests and other safety factors at IIHS.org and SaferCar.gov.

7. Time the market. One more way to save: Buy at the end of the model year, Ostroff says. "August through October is usually a really good time to buy if you want to get the current year at a discount," he says.

If that doesn't suit your schedule, you sometimes can get a better deal by buying at the end of the month if the sales staff is trying to make its quota, Ostroff says.

8. Shop your trade-in. The dealership selling you a new vehicle isn't necessarily the one that will offer you the highest price on your old one. If you have the time, take it around to a handful of dealers and see who can offer the best price on a straight sale.

9. Think hard about vehicle choice. If you want to get the most for your money, look carefully at the car, not just the deal. Will it serve your needs now and into the future?

"In this era of great car deals, it's important not just to get a great deal on a cheap car but to get a great car," Evarts says. For buyers these days, that means picking "a car you can hang on to," he says.

When it comes to choosing a dealer, convenience also can be important, especially if dealer maintenance is part of the equation. So is finding a dealership that makes you comfortable.
If you find a dealer that is "convenient, trustworthy and gives good service," it can make smart financial sense to buy there even if that isn't the rock-bottom price, Myers says. "You're buying a $30,000 vehicle. Every once in a while, you get one that's got a problem. You want someone who's going to go to bat for you."

10. Pull a switch. What if the dealer you prefer doesn't have the vehicle you need? Many times, dealers can do a swap, says Caudill, who used this strategy to purchase his car from the same dealer he planned to service the car.

These days, if you've found the right car and the right dealer, says Caudill, "they'll find a way to make it work."