Lets pray that Fox goes through with this....It could save our country.....Blessings To all You Guys, CZ

Set Your DVR for the Fox News channel at 9:00 PM eastern. Maybe this is why the White House has been discounting FOX.

Sounds like this could be history in the making - someone may go down - either Obama or Fox News. It may be that Fox has been withholding this information back due to the sensitivity of it and out of courtesy. But, Obama has taken on Fox and it appears they are ready to spill the ugly beans of truth about the background of this individual who has had an extremely radical past.

This Sunday, Fox News is going to air a very important documentary about Barack Obama, Sunday night at 9P.M. Eastern.

The report will go back to Obama's earlier days, showing even then his close ties to radical Marxist professors, friends, spiritual advisers, etc.

It will also reveal details about his ties to Rev. Wright for 20+ years, i.e., how he was participating with this man, and not for the reasons he stated. The report has uncovered more of Obama's radical past and we will see things that no one in the media is willing to put out there. It will be a segment to remember. Mark your calendar and pass this on to everyone you know: Sunday night, 8 PM CT; 9 PM ET. Democrat or Republican, this report will open your eyes to how YOUR country is being sold down the road to Totalitarian Socialism. If you care about the direction of our country, pass this notice on to everyone you know.

Thanks Kevin. I did not see it. It was just e-mailed to me by an administrator friend of mine.

If I missed it then possibly others did also. I would not want anyone to miss this incase it does happen. Blessings, CZ

Yes this was posted last week!!! czinser where or you coming up with this???

This is why people need to google things they get in emails. This has been around since 2009!!!!!!!!!!!!!!! Hannity actually did a broadcast back in 2008 and fox never reaired it. Here is the google search I did and you can see the tons of reposts it has had in the years.


Or a simple search on snopes or truthorfiction.com would be good too.

It is really a shame it looks like the Republican party has no real candidate to put up against hjm.
*****************
Don’t ride the hype, use wisdom. Live life in the now, hope for the future, and use wisdom in dealing with the affairs of men.

Last time I heard this - it didn't air. It turned out to be just a lot of hype for nothing.

Really would like to see it - wouldn't matter how old. The people on the fence need to see it as do those who don't have a clue..

Kevin, if you find out this is really going to air would you please bring it up again?

Here you go Patty. This is part of it I guess based on what I read....

Thank you "therealbutterfly" I'll take a look at this tomorrow.

"Only one life will soon be passed, only what's done for Christ will last.."

@therealbutterfly wrote:This is why people need to google things they get in emails. This has been around since 2009!!!!!!!!!!!!!!! Hannity actually did a broadcast back in 2008 and fox never reaired it. Here is the google search I did and you can see the tons of reposts it has had in the years.


Or a simple search on snopes or truthorfiction.com would be good too.

WTG therealbutterfly. I remember that crap going on a bunch of times on the forums. LOL

Hey Mods, I hope you all have had a good day. I'm not here to start schtuff and I appreciate all the work you all do on a daily basis. Your presence and wisdom is always appreciated, I'm sure more than you will ever know.

With that said, I respectfully ask WHY is this posted on OOM1 when it has absolutely nothing to do with the dinar.

I mean isn't that what OOM2 is for? To post All The Other Things going on in the world and our lives???

That is really old.....Hannity did this a few years ago...most likely a re-airing of the same show....it is nothing we don't already know! 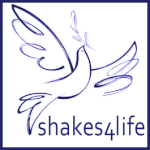 regardless if it is old or not, if you want to stop tolalitarian socaillistic gorverment, bail out of the system and quit socail security, this is where it all starts including the income tax at section 801, 802 and 803. AJ

OK, I went and watched and listened to that link. "Might be linked", "we can't find out", at the very best the strongest evidence in that clip against Obama was speculation based on an opinion of an individual that expressed something. There is a reason these anti-Obama reports are not impressing Americans, they hold less substancial evidence then the clips linking Bush to the events of 9-11. I would dare to speculate that 99% of Americans had friends that went in different political directions then they did, or were members of political groups in their youth that may have fallen in questionable alignments. I would speculate further that better then 50% if not better then 90% of Americans actually at some point were involved in some activity they would prefer not go public, perhaps even that they totally disagree with today.

These anti-Obama history smears have failed to pull up anything of substance and if the best that can be said is he MIGHT have been associated with some individuals at different points in his life that went in political directions that might be considered radical, like a membership to the skull and bones secret organization, well then we might be able to pull up that kind of dirt any anyone who breaths and lives in society. Where is the real proof? I have lived a life where I have had friends that disagreed with me politically, supported movements I disagreed with, had different religious points of view even belong to different religions then me. I have associated through my life with a lot of people that I do not even know where they stand on a lot of issues. To say that because I might have had some association with different people would not substantiate I agree with any thing that they may have politically or socially stood for.

If any of you republicans have a friend who is a democrat or any of you democrats have a friend who is republican or worse yet anyone who has an independent thought, you too could have a news broadcast like this fabricated against you. These are tactics that have been referred to as witch hunting. Please show me something that has real substance if you are going to build a campaign against an individual. This is the type of thinking that builds unfounded prejudices, promotes hate without substance, motivates people to act on emotion and not rational thought. Are we supposed to judge people because they had friends that lived where they were born or raised. Perhaps you had a friend growing up, does that mean if your friend became a radical and decided it was worth a bad price to motivate people towards your way of thinking, that you are that way too? like blowing up a building and pointing at your enemy? or pointing out the RADICAL emotional outburst of one person and pointing at your opponent and say they MIGHT have been friends 20 or 30 years ago? Wake up and see if thier is any real evidence against whom you point your fingers.
*****************
Don’t ride the hype, use wisdom. Live life in the now, hope for the future, and use wisdom in dealing with the affairs of men.

MY DVR WOULD IMPLODE!