Aaron Dykes
Infowars News.com
December 13, 2011
Tonight on the Infowars Nightly News, Alex explains why domestic law enforcement is now using military drones against farmers and ranchers in rural America. He appeared earlier today on RT to break down the alarming new development that once again puts ordinary Americans on the Pentagon’s battlefield. A local sheriff in North Dakota made headlines after using one such predator drone against a family dubbed ‘anti-government’ and accused of stealing a handful of cows. Meanwhile, a Sheriff’s Department in California is set to meet with the Anti-Defamation League (ADL) to discuss the supposed terrorist threat construed by small government advocates.
Congress is moving to implement a selectively-enforceable Internet Kill Switch under the current language of the Stop Online Piracy Act (SOPA), lobbied in part by once-Senator, now MPAA-president Chris Dodd on behalf of the entertainment industry. The bill would allow websites merely accused of copyright infringement to be shutdown without recourse. The bill has been heavily criticized for its unconstitutional dimensions, including a complete lack of due process under the procedures currently outlined.
A very competitive Ron Paul– now tied for first in Iowa caucus polls with Newt Gingrich– appeared on the Alex Jones Show today to discuss his campaign and many other issues. He blasted the prima facie evidence of criminality on the part of Attorney General Eric Holder in regard to the Fast & Furious scandal, who Paul said should be fired and face a criminal investigation.
Paul also warned against the “bold, arrogant, dangerous” move in Congress, with the passage of the National Defense Authorization Act, which includes controversial and unconstitutional provisions to detain Americans indefinitely without trial. Writer Paul Joseph Watson commented, “Section 1031 of the NDAA bill, which itself defines the entirety of the United States as a “battlefield,” allows American citizens to be snatched from the streets, carted off to a foreign detention camp and held indefinitely without trial. The bill states that “any person who has committed a belligerent act” faces indefinite detention, but no trial or evidence has to be presented, the White House merely needs to make the accusation.”
Alex discusses this and other powerful aspects of the interview and Dr. Paul’s widespread entry into the nation’s consciousness as people respond with anger to the global economic crisis and other factors in current events. See the interview below, and help spread it to your contacts:

30 Responses to “Tyranny Runs Wild: Infowars Nightly News”
Dunagan says:
December 14, 2011 at 12:23 am
All States should nullify martial law agenda till catastrophe is clearly seen to have created social upset great enough to warrant it.
Log in to Reply
Dunagan says:
December 14, 2011 at 12:38 am
The states that nullify the defense authorization bill show see their property values grow while people move for liberty and those that go with the downward flow would see the property value go down. It would give those righteous states an opportunity to set-up their own treasury — who could eventually print their own currency and come out of the economic dark ages of scoff-law tyranny. Each state should choose between America or Israel.
Log in to Reply
patrick gragg says:
December 14, 2011 at 12:15 am
ANOTHER US drone crashes at Seychelles airport
(Reporters note, the traitors that run the pentagon are giving our most priceless defenses away
to key enemies because this next war is not narion against nation, it is globalist Freemasonry against the rest of mankind!)
NAIROBI, Kenya (AP) — An American military drone which had been used to monitor piracy off the East African coast has crashed at an airport on the island nation of Seychelles during a routine patrol, officials said.
:nono: :nono: 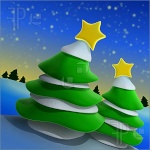 the drones are HACKABLE!!!!

Similar topics
» Government censors document revealing plans to wage war on Americans Within an hour of posting FEMA continuity of government plans, PDF pre-bid noticed deep sixed. Aaron Dykes Infowars.com December 21, 2011 Within an hour of posting a critical FE
» Ron Paul: Defense Bill Establishes Martial Law In America Congressman condemns “bold, arrogant, dangerous” move to intern Americans without trial Paul Joseph Watson Infowars.com Tuesday, December 13, 2011 Top tier presidential candidate Ron Paul
» 19 Signs a Major Push back against Tyranny in America is on the Horizon.
» Another military coup in Greece – can you blame them? Patrick Henningsen Infowars.com November 2, 2011 The road couldn’t be bumpier. As the G20 meet today in Nice, you can bet that the embattled Greek PM George Papandreou will be getting ‘the hair-d
» US Senate votes to end Bill of Rights, authorizes military to occupy U.S. cities and detain Americans DECEMBER 2, 2011