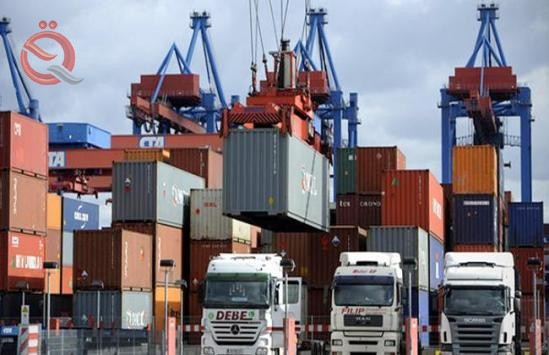 According to the Iraq Future Foundation for Economic Studies, medical materials and medicines topped the highest percentage of imports, followed by electrical materials.

And the Iraqi Foundation says in a census seen by "Economy News", that despite Jordan's limited capabilities and resources, it was able, through encouraging investment and supporting industrial projects, to export an average of 1 billion dollars to Iraq of various goods, while Iraq could not, despite Owning thousands of operating factories and natural resources from exporting more than 1.6 billion dollars, most of which are crude oil or its derivatives, despite the availability of the Export Support Fund, which covers 15% of the value of the exported materials, which gives high competitiveness to the Iraqi product.

She points out that the bureaucracy in the management of the fund and the failure to direct the fund in the right direction reduced the effectiveness and efficiency of the fund.

The Foundation pointed out that one of the important things in supporting the Iraqi industry is the need to move towards opening foreign markets, taking advantage of the agreements that have been made with those countries and also by activating the export support fund significantly, which will lead to an increase in the contribution of the industrial manufacturing sector to the domestic product and thus provide opportunities Work for various industrial and agricultural projects in Iraq.