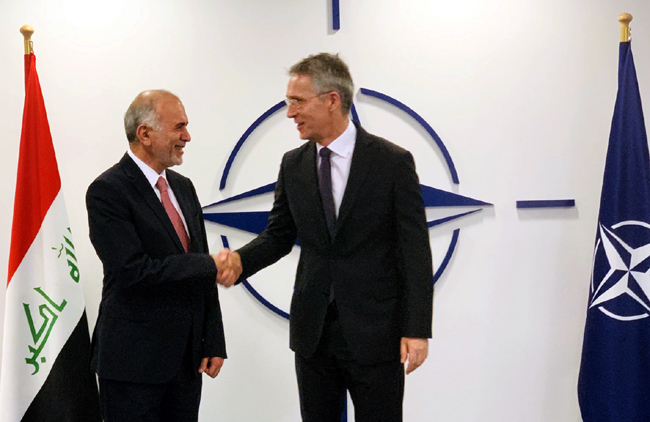 The Ambassador of the Republic of Iraq to Brussels, Sadiq Al-Rikabi, met with NATO Secretary General Jens Stoltenberg, and the latest developments in bilateral relations and developments in the Middle East region, especially the recent events in Iraq, were discussed.
The Ambassador al-Rikabi indicated that Iraq rejects the violations and attacks that took place on its lands, and considers it a flagrant violation of its sovereignty, international laws and norms.
He explained: Iraq continues to cooperate with international partners to reduce escalation and tension between the United States of America and Iran.
For his part, the Secretary General of NATO expressed NATO's respect for the sovereignty of Iraq and its cooperation with the international community in combating terrorism and achieving international peace and security.
They also discussed the work of the NATO mission in Iraq, and how to continue cooperation between the two sides in the light of the Iraqi government’s decision to require member states in the international coalition against ISIS to withdraw their forces present in Iraq, noting the importance of increased communication in order to develop a new program of action commensurate with the developments in the situation in Iraq and the region .