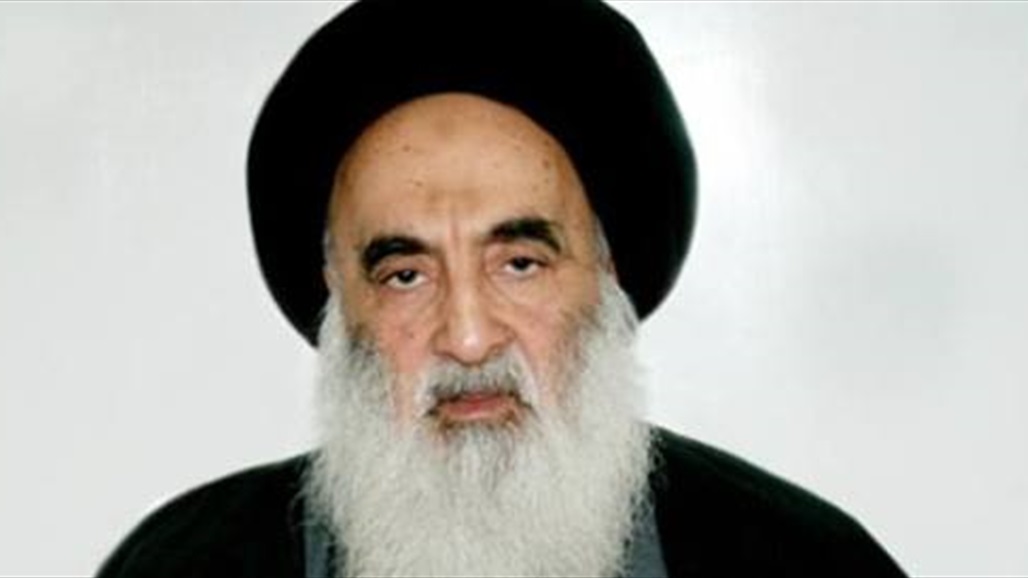 The office of the Supreme Religious Reference, Mr. Ali Al-Sistani, issued a statement on Friday's sermon tomorrow, Friday, stressing that it will not address the political issue.

An official source in the Al-Sistani office in Najaf said, according to a statement posted on the website of the reference office, and followed by Alsumaria News, that "Friday the religious authority will not have a sermon dealing with the political issue."


Iraq is witnessing a political controversy over the appointment of the next prime minister, after the resignation of Prime Minister Adel Abdul Mahdi, which prompted the President of the Republic, Barham Salih, today, Thursday, to announce his readiness to put his resignation before members of the House of Representatives, and he apologized for assigning the construction bloc Asaad Al-Eidani to head the next government.

Sistani is upset with Iranian interference ... and a hotline between the US embassy and the Iraqi presidency

Sistani is upset with Iranian interference ... and a hotline between the US embassy and the Iraqi presidency

A source in the Human Rights Committee in the Iraqi parliament revealed that there is pressure on the committee to ignore the cases of assassinations and kidnappings of detainees.
The head of the committee, Arshad al-Salihi, said that parliament cannot seriously discuss the issue of assassinations that have affected nearly 30 demonstrators during the past two months, indicating that government authorities cannot put an end to the weapon that escaped.
On the other hand, sources in the Iraqi parliament said that the American embassy in Baghdad opened a hotline with Iraqi President Barham Salih, warning him against passing a candidate for prime minister implementing the Iranian goals in Iraq.
The sources said that the Iranian-backed construction coalition had begun moves to dismiss President Barham Saleh through the Federal Court.
She pointed out that Saleh was placed between the Washington hammer and the anvil of Tehran, but Iranian pressure was more severe and stronger, which prompted him to put his resignation in front of parliament and leave the presidential square to the city of Sulaymaniyah. A large number of deputies expressed solidarity with Saleh's position.
Representative Ahmad al-Jubouri said that President Saleh's position was honorable in his solidarity with the demands of the street, and that most of the MPs reject his resignation.
As for the head of the Saeroun Sabah Al-Saadi bloc, he called on the President of the Republic to continue his position to be the next prime minister from the womb of the people and peaceful demonstrations and be representative of the blood of the martyrs.
Sources close to the Iraqi president say that he received a call from the office of the Shiite cleric Ali al-Sistani, in which he expressed Sistani's dissatisfaction with the Iranian interference without referring to Iran by name, and only said that external parties should not be allowed to interfere in Iraqi affairs, an expression that Sistani's agents used to use in All his speeches, an expression of rejection of Iranian interference.