The members of the Security Council welcomed efforts for an inclusive dialogue between the Government and people of Iraq to urgently deliver reforms aimed at addressing legitimate demands over economic opportunity, governance, and electoral legislation.

The members of the Security Council reiterated their support for the independence, sovereignty, unity, territorial integrity, and prosperity of Iraq.


The members of the Security Council expressed grave concern at the loss of life of those demonstrating and at the killing, maiming, and arbitrary arrests of unarmed demonstrators. The members of the Security Council acknowledged the right to peaceful assembly in Iraq and called for Iraqi authorities to promptly conduct transparent investigations into the violence against those demonstrating.

They expressed concern over the killing or maiming of unarmed demonstrators and security forces. The members of the Security Council expressed concern over the involvement of armed groups in extrajudicial killings and kidnappings. The members of the Security Council called for maximum restraint and urged all to refrain from violence or the destruction of critical infrastructure.

The members of the Security Council reaffirmed their support for efforts led by the UN Assistance Mission for Iraq (UNAMI) and Special Representative of the Secretary-General Jeanine Hennis-Plasschaert, in accordance with resolution 2470 (2019), to support and assist the Government of Iraq and the Iraqi people with inclusive political dialogue, national- and community-level reconciliation, and electoral assistance to the Government of Iraq and Independent High Electoral Commission.

The members of the Security Council reiterated their support for Iraq’s continued post-conflict recovery, stabilization, reconstruction, reconciliation, development, and reform efforts to meet the needs of all Iraqis and reaffirmed the security of Iraq, particularly in light of Iraq’s territorial victory over the Islamic State in Iraq and the Levant (ISIL, also known as Da’esh).

The members of the Security Council recognized the importance of the Government of Iraq upholding the values set forth in the Iraqi Constitution and responding to the needs of all Iraqis, including women, youth, children, displaced persons and persons belonging to all ethnic and religious groups. 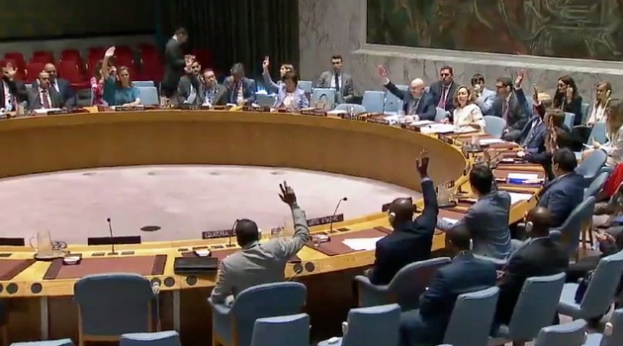