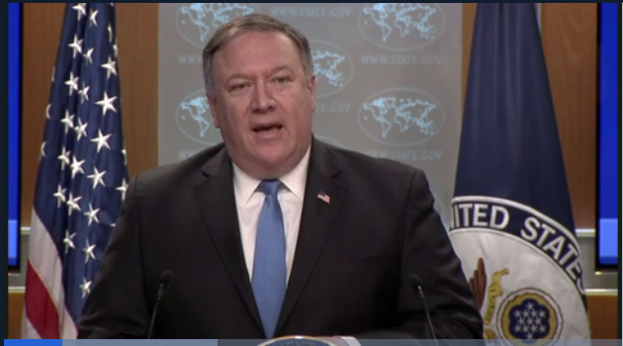 Press Statement by US Secretary of State, Michael R. Pompeo (pictured), on the situation in Iraq:
The United States welcomes any serious efforts made by the Government of Iraq to address the ongoing problems in Iraqi society. The Government of Iraq should listen to the legitimate demands made by the Iraqi people who have taken to the streets to have their voices heard.
The United States is closely monitoring the situation and from the beginning we have called on all sides to reject violence. The Government of Iraq’s investigation into the violence in early October lacked sufficient credibility and the Iraqi people deserve genuine accountability and justice.
As the efforts announced by President Salih begin, the recently imposed severe restrictions on freedom of the press and of expression must be relaxed. Press freedom is inherent to democratic reform. The U.S. government continues to support Iraqi institutions, the Iraqi people, and Iraq’s security, stability, and sovereignty.
(Source: US State Dept)
http://www.iraq-businessnews.com/2019/11/04/us-calls-for-lifting-of-restrictions-on-iraqi-press/