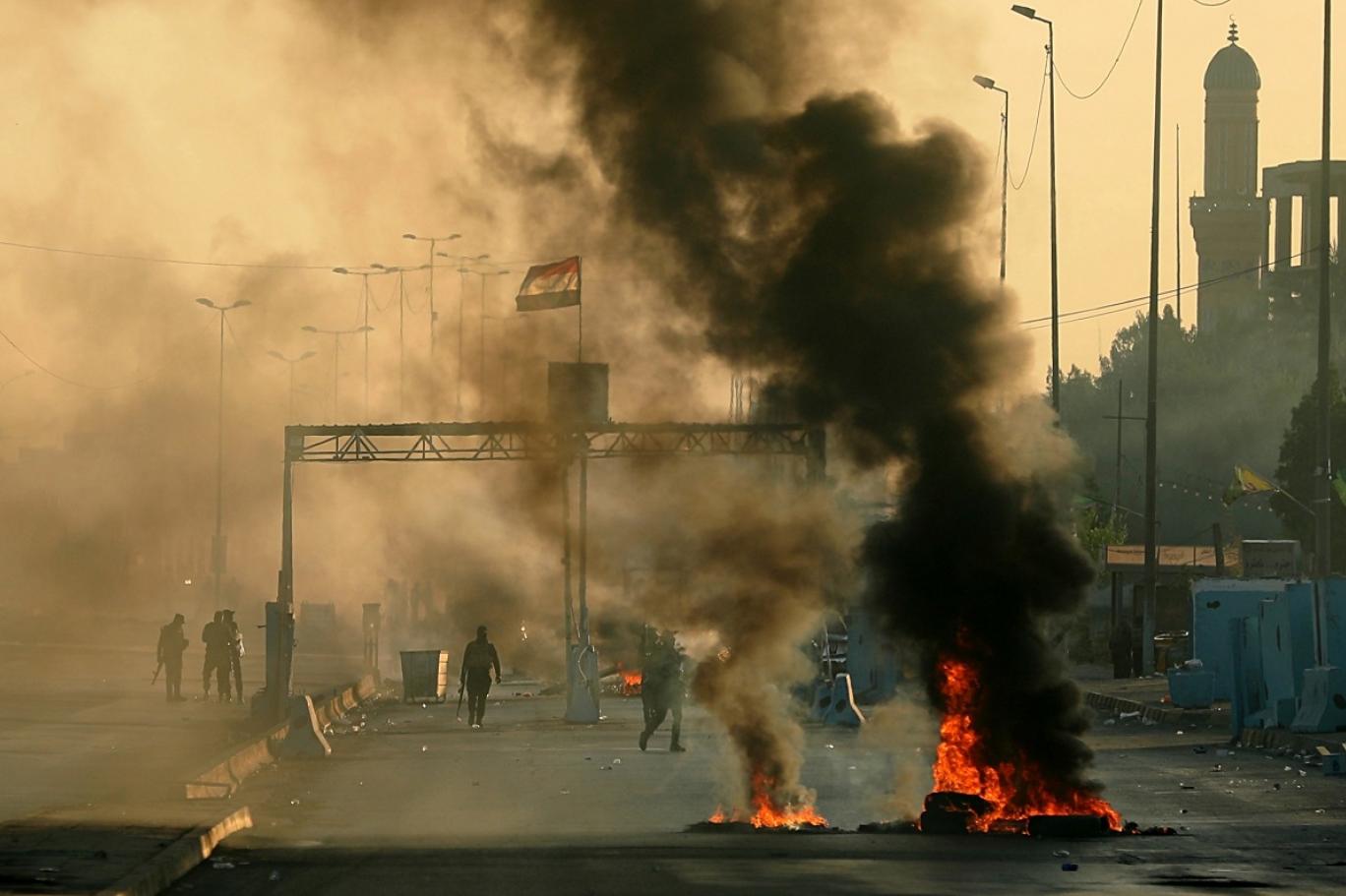 Iraq is witnessing an exodus of capital abroad amid the suffering of business owners due to the unstable security situation and exposure to constant threats of liquidation, in addition to the great concerns that control Arab and foreign companies from testing the Iraqi market even as security improves, in light of other factors linked to the red tape and high rates of corruption.
The real crisis is highlighted by the weakness in the ability to settle local capital and the flight of talent abroad, which negatively affects the attracting of external flows, especially that "capital is always cowardly" and need several factors to trust the future of the Iraqi economy in the forefront of security.
Iraqi governments have failed to rebalance to stem the crisis of capital flight and provide good investment opportunities, especially in the oil and gas sector, which is monopolized by the government and its partners from international oil companies.
Capital flight poses a major economic challenge for Iraq in light of the financial circumstances it is experiencing.This is reflected in the high volume of indebtedness, the decline in business volume and the weak production, thus exacerbating the unemployment crisis, which blames the wrong political decisions that move the economic and security scene of the oil-rich country.

Iraq is going wrong with business
In this regard, the US ambassador in Baghdad, Matthew Toller, said that Iraq is moving in the wrong direction in business, amid obstacles to attract foreign investment, in that the investment climate remains a challenge for US investors and other international investors, and the ability of companies there to achieve Profit is a crucial factor in determining whether or not it is willing to invest.
In his speech at the Iraq Energy Forum 2019 held in mid-last month, he said that the Iraqi government should be aware that without sufficient financial returns, investors' appetite for financial risks in sectors requiring large capital such as the energy sector will be very limited.
In the view of the US ambassador that Iraq is going in the wrong direction, especially after it fell from 168 in the World Bank's 2018 report on ease of doing business to 171 in the report for 2019, because the World Bank has identified a number of risk factors for Iraq, including the lack of The ability of people to obtain credit and the lack of an effective mechanism to resolve bankruptcies, however, another major disadvantage identified by the bank is the challenges faced by individuals and companies in obtaining electricity.
Iraq lacks an independent regulatory body that monitors performance and reliability of electricity supply and financial deterrents aimed at reducing power outages and achieving transparency in the online system used to deliver electricity tariffs, while gas consumption is more than anywhere else in the world. Wasteful and inefficient and contrary to self-sufficiency of energy in Iraq, and this gas must be invested and processed and delivered as feedstocks to provide power plants fuel, all of which are factors expelling foreign investment.
Adjustments to adjust the exit and entry of funds
In an attempt to control the exit of funds from the country, the Central Bank of Iraq, late September (September), to introduce amendments in the controls on the authorization of funds entering into and out of Iraq.
In a statement, the Central Bank said in a statement that "the first amendment to the controls on the declaration of funds when entered or taken out across the Iraqi border enter into force in February of 2020, and this clarification to avoid citizens and travelers legal accountability for violations provided for in these controls during the transfer Cross-border funds. "
The amendment included granting the authorities the power to inspect persons and inspect their belongings to verify the authenticity of the declared information, upon verification or suspicion of a false declaration, a state of withholding of the permit, or in case of suspicion that the funds being transferred were illegal, and determined that the amounts allowed to be entered or removed from To Iraq, the amounts include less than $ 10,000 or its equivalent in other currencies, according to a central statement.
The statement stated that the amounts in excess of $ 10,000 to $ 20,000 must be obtained with a permit to be presented with the need to show support for the purpose of the entry or exit of these amounts, and in the absence of supporting documents, the traveler will submit a pledge to bring those documents after 30 days from the date of the permit .
In addition, it is forbidden to enter or remove amounts exceeding US $ 20,000, or its equivalent in other currencies. The process of entering or removing such amounts shall be exclusively through financial institutions. The amount is withheld and legal proceedings are taken.
Rampant government corruption threatens public finances
Iraq continues to suffer as corruption in successive governments has increased since the fall of Saddam Hussein in 2003. Iraq ranks last in Transparency International's Corruption Perceptions Index. In 2018, the Public Integrity Commission revealed that more than 2,000 arrest warrants were issued on corruption charges in Iraq in 2017, indicating that among them, 290 government officials were arrested, including ministers.
Transparency International reports that the amount of money looted in the post-Saddam Hussein period amounted to $ 300 billion. Iraq is ranked among the most corrupt countries, ranking 169 out of 180 countries (according to Transparency International in its latest report).
The Iraqi Integrity Commission, announced in a statement that the restoration of more than one billion dollars during the first half of this year, in a step reveal the extent of corruption in the country, while investigations led to the issuance of judicial authorities 857 arrest warrants, 407 of which were implemented during the first half of this year
The statement stated, "34 orders for the recruitment, arrest, arrest and referral of ministers and officials with the rank of minister, and that the public funds that have been recovered - or that have been issued judicial reimbursement - or prevented and stopped waste, and was returned to the public treasury account, totaling more than one trillion dinars During the first half. "
Iraq has been plagued by corruption for years and is ranked 12th among the most corrupt countries in the world, according to Transparency International.
Reconstruction speeds the speed of the "tortoise"
Reconstruction in Iraq is still slow, below the level of ambition, with the Iraqi government estimating the actual need to rebuild the country at $ 88.2 billion over 10 years, while infrastructure (water and electricity projects, health and education institutions, and service institutions) has been hit in the northern governorates. Al-Gharbiya, to the great destruction of three years of fighting between government forces and the organization "IS", which took control of one third of the country in mid-2014.
At the February 2018 Iraq Restoration Conference in Kuwait, Arab and foreign countries and international financial institutions earmarked some $ 30 billion to support Iraq, but support is contingent on improved political and legislative reforms, eliminating corruption in government institutions, and strengthening the security situation.
The report on foreign direct investment issued by the United Nations Conference on Trade and Development (UNCTAD), revealed that the UAE and Egypt have attracted the largest amount of investment in the Arab world, while Iraq ranked last among the most attractive countries for investment.

Mistrust over the future of the Iraqi economy is growing amid a fear of a large sector of investors about new investments as the possibility of war between the United States and Iran escalates, hurting the economies of the region as a whole.